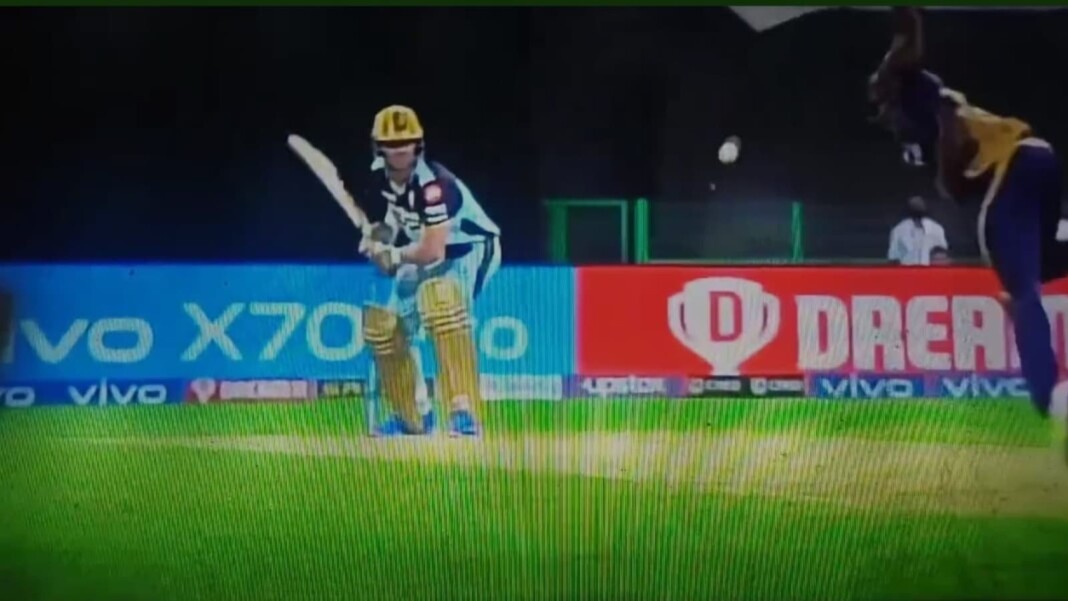 Andre Russell is in an astounding form in the second phase of the 14th edition of the Indian Premier League (IPL). Russell has caused carnage on the field as his franchise kicked off the proceedings in the UAE with an encounter against Royal Challengers Bangalore. Playing at the Sheikh Zayed Cricket Stadium in Abu Dhabi, RCB is in deep trouble as there has been a collapse of their batting line-up.

One of the highlights of the KKR vs RCB match so far has been Russell dismissing the batting maestro AB de Villiers. On the fourth ball of the eighth over, the West Indies star bowled an almost unplayable delivery. It was a yorker by the all-rounder on leg-stump. AB didn’t get any time to prepare himself for that masterclass.

The former Proteas skipper shuffled across the whip but the ball managed to sneak through his legs to uproot the stumps. The yorker by Russell left De Villiers completely shocked and it won’t be wrong to consider the delivery as the ball of the game. The 37-year-old marched back to the pavilion after scoring a golden duck with Royal Challengers Bangalore reeling at 52 for four.

Andre Russell on fire with the ball

Meanwhile, AB’s wicket was the second wicket of the night for the West Indies all-rounder. Andre’s first wicket in the second phase of IPL 2021 came in the form of wicketkeeper-batsman Srikar Bharat. Russell sent Bharat back to the pavilion on the first ball of the eighth over while the batter was playing at 16 runs.

At the end of 11 overs, RCB find themselves in deep trouble. The team has lost their four wickets in the form of Virat Kohli, Devdutt Padikkal, Bharat, and De Villiers with only  60 runs on the scoreboard.