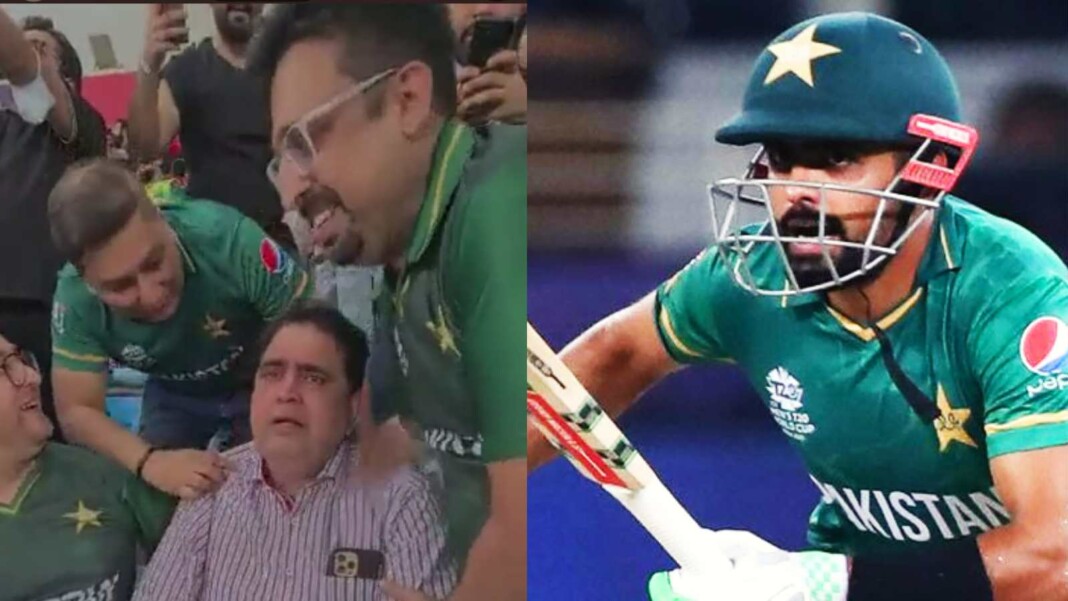 Pakistan finally have a victory against India in the ICC World Cup. The Men in Green scripted history at the Dubai International Cricket Stadium as Pakistan outclassed India in the league game of the T20 World Cup 2021. Babar Azam became the first Pakistan skipper to achieve the elusive feat.

It is a big milestone for the Pakistan skipper as he has etched his name in the Pakistan cricket history books in golden letters. As the celebrations were going on in the field, a heartwarming episode was captured in the cameras. In one of the clips, Babar Azam’s father can be seen getting emotional sessing his son creating history.

Azam’s father was present in the stands to watch the match live and cheer for his son during his first ICC event as a skipper. As Pakistan beat India, the cricketer’s father couldn’t control his emotions and he broke into tears. The video of the same is going viral on social media as the fans can’t have enough of the pure love of a father.

Babar Azam led from the front to ensure that Pakistan scripted history on Sunday. Winning the toss, Babar asked India to bat first. The Men in Blue didn’t have an ideal outing with the willow as they succumbed to pressure. India skipper Virat Kohli held his nerves but he emerged as a lone warrior for his team.

In the end of 20 overs, India could manage 151 runs with Kohli scoring 57 runs off 49 balls. Chasing 152, Pakistan was absolutely lethal with the willow. The opening pair of Babar Azam and Mohammad Rizwan remained unbeaten as they established a 152-run stand. Babar hammered 68 runs while Rizwan ended up with 79 runs.