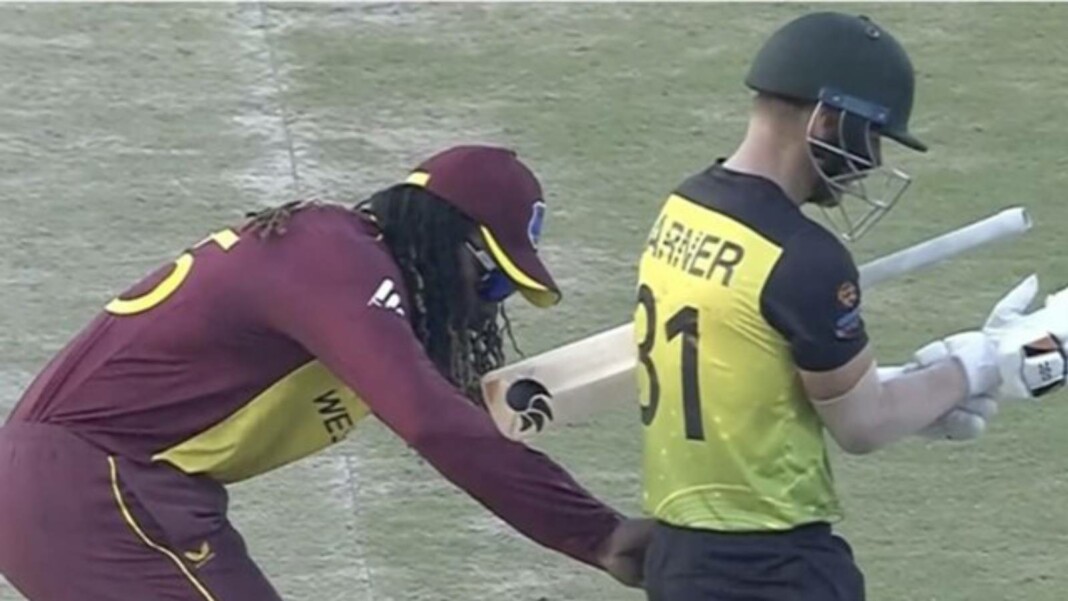 David Warner flaunted his class as Australia finished their run in the league stage of the ICC Men’s T20 World Cup on a high note. To qualify for the semi-finals, the Men in Yellow registered a clinical victory over South Africa by eight wickets at the Sheikh Zayed Cricket Stadium in Abu Dhabi.

Meanwhile, a visual from the match has caused furore on Twitter. In one of the viral pictures from Australia vs West Indies clash, Chris Gayle can be seen comically checking Warner’s pockets while he was batting. The picture was enough to make headlines as there was a flood of memes on social media.

Meanwhile, England’s Fan Army, Barmy Army was also not behind as they took a sly dig at David Warner. The official Twitter handle of the Barmy Army subtly hinted towards the infamous 2018 ball-tampering scandal. Notably, Warner was found guilty of using the sandpaper to tamper the ball during the Cape Town test against South Africa in 2018.

Meanwhile, David Warner deserves all the credit for Australia’s scintillating win over West Indies. Batting first in the game, Indies ended up with 157 runs. Kieron Pollard was the highest run-getter for his team in their last match of the T20 World Cup. For Australia, Josh Hazelwood shines with the ball as he picked up a four-wicket haul.

Chasing 158, Australia had nothing to worry about as David Warner breathed fire with the bat. The opening batter smashed not out 89 runs off just 56 balls. His knock was laced with nine boundaries and four maximums.