Cricketing legend Sachin Tendulkar’s daughter Sara Tendulkar is often under limelight for various reasons. The 24-year old is very active on social media and has more than 1.6 million followers on Instagram. She is currently studying in London and frequently shares stunning pictures of herself from her day-to-day life on social media.

Sara is reportedly dating Indian cricketer Shubman Gill since the last few years. The duo however have never spoken about their alleged relationship. They have neither confirmed nor denied whether they are dating or not. However, since the last few months, rumors have surfaced that the two have broken up.

It all sparked when Shubman Gill shared a picture of himself on Instagram and captioned it, “Sigma rule no.1.” In the photo, Gill is seen posing in front of a mirror in which he’s wearing a t-shirt on which the quote- “Don’t fall in love with Angels” is written. Many fans have assumed that Gill has posted this after breaking up with Sara.

Recently, Sara posted a brand collaboration on Instagram. She’s seen promoting a brand and she looks as tunning as always. But the main attention on the post was in the comments section where fans 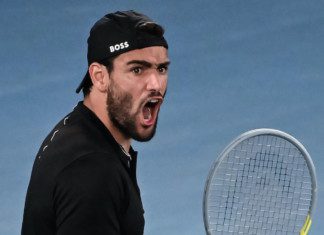