Indian cricketer Hanuma Vihari who is currently occupied with the English county season with Warwickshire has been helping out in India’s fight against the COVID-19 pandemic’s second wave by organizing a team of volunteers back home. These noble acts of Vihari and his team have come under great praise now.

The second wave of the pandemic has been wreaking havoc in India and more than 3.5 lakh cases are being reported each and every day. This has led to several problems like the shortage of oxygen, plasma and hospital beds to arise. At this juncture, the contributions, donations and the work of volunteers have helped a great deal in alleviating the horror.

In that vein, Vihari has been helping out by creating this team of volunteers comprising of his friends and online followers who were willing to work. The team has been working in Andhra Pradesh, Telangana and Karnataka by helping plasma and oxygen cylinders to reach on time while also ensuring food and beds are available for patients.

Hanuma Vihari opens up on his noble actions

Hanuma Vihari spoke to PTI about his actions and was quoted by ESPNcricinfo as saying, “I don’t want to glorify myself – I am doing it with the intention of helping people at the ground level, who actually need every help possible in these difficult times. It is just the start.”

“With the second wave being so strong, getting a bed became a difficulty and that is something which is unthinkable. So, I decided to use my followers as my volunteers and help as many people as I can. My goal is to actually mainly reach out to those people who are not able to afford or arrange for plasma, beds and essential medicine. But this is not enough. I would like to do more service in the future,” Vihari added.

Speaking about his team, Vihari said, “I have around 100 people on a WhatsApp group as volunteers and it’s their hard work that we have been able to help a few people. Yes, I am a cricketer, well known but I am able to help because of their untiring efforts to reach the distressed. Even my wife, sister and few of my Andhra team-mates are part of my volunteer team. It’s so heartening to see their support.”

Vihari will remain in England as he is a part of India’s squad for the final of the World Test Championship (WTC) against New Zealand.

Also Read: Who will be crowned the winner if the World Test Championship final ends in a draw or a tie? 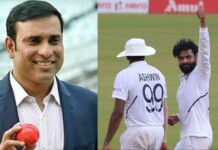 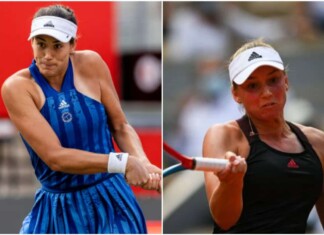 Vivek Krishnan - June 16, 2021
Ever since World No.2 Naomi Osaka withdrew from the 2021 French Open, she has been making headlines at regular intervals. She was even penalized...