The Indian team is all set to depart for South Africa for a three-match Test series, starting from December 26. Meanwhile, red-ball skipper Virat Kohli has addressed the much-awaited press conference in Mumbai.

First of all, the 33-year-old has confirmed his participation in the three One Day Internationals (ODIs) against the Proteas. Earlier, there were rumours of Virat asking the Board of Control for Cricket in India (BCCI) to rest him owing to his daughter’s first birthday.

“I am available for selection for the ODI series against South Africa. No communication with the BCCI about being rested. This question should be asked to the people who are writing about this, not me. These are lies. I have not asked the BCCI to rest me,” Kohli said in the presser on Wednesday.

A rift between Virat Kohli and Sourav Ganguly?

The right-handed batter also shed light on his transition of quitting the 20-overs format captaincy ahead of the recently-concluded T20 World Cup in the UAE. He asserted that the BCCI accepted his decision in one go and there was no denial from the apex body.

“When I told the BCCI that I want to give up T20I captaincy, it was accepted really well. There was no hesitancy. I was told that it was a progressive step. I informed at that time that I would like to lead in ODIs and Tests. The communication from my side was clear but I had also informed that if the office bearers and selectors don’t think I should lead in other formats then that is fine,” Kohli stated.

Earlier, the former India captain and current Board President Sourav Ganguly had said in a media interview that the BCCI had wanted Virat to continue as the captain in all three formats. This indicates a clear lack of communication between the two stalwarts of Indian cricket. 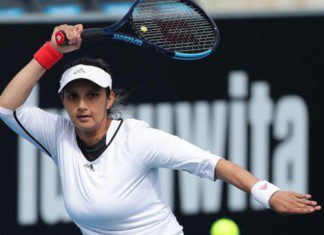 T Rushitha - January 27, 2022
India's greatest Women's tennis player Sania Mirza has announced this will be her last season on tour and she will be retiring at the...