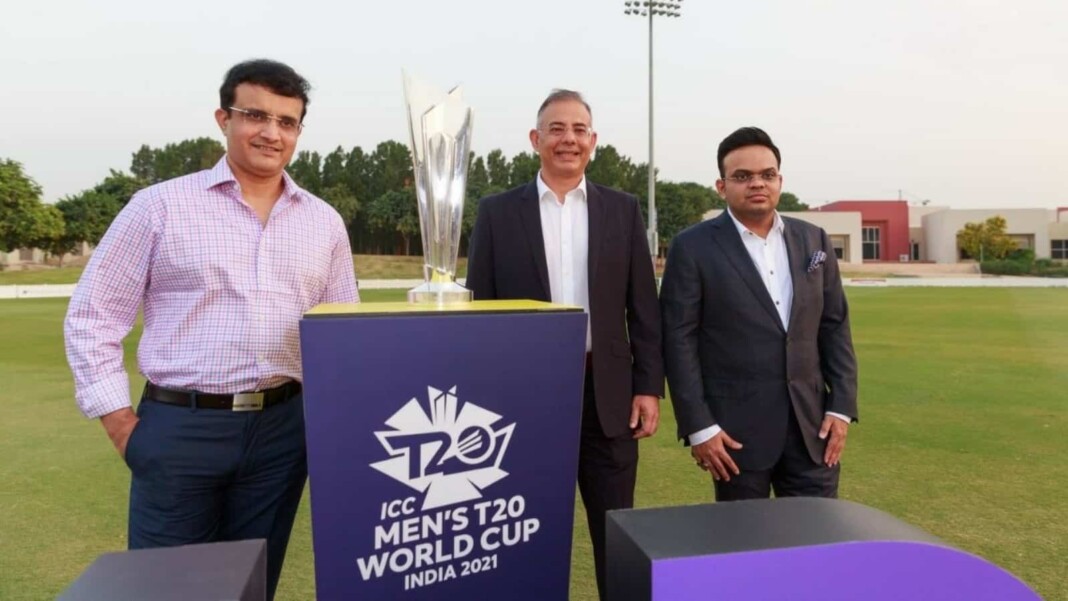 Citing the second Covid-19 wave which affected India badly, the Board of Control for Cricket in India (BCCI) has shifted the T20 World Cup scheduled to take place at home in October-November to the United Arab Emirates (UAE). Although the BCCI communicated the decision officially to the International Cricket Council on Monday, it was always on the cards, especially after the board decided to resume the suspended IPL 2021 in the Gulf.

While the tournament has been moved to the UAE, the BCCI will technically remain as host. Apart from the three Emirates — Dubai, Abu Dhabi and Sharjah — Oman will also play host to the event. The 16-team event will begin on October 17 and run till November 14 with Muscat and Sharjah likely to host the first round of matches involving Sri Lanka, Bangladesh, Ireland, Papa New Guinea, Namibia, Scotland, Netherlands.

Oman, who also managed to qualify for the event for the second-time running, will possibly get to play their first-round matches at home. The top two teams in each group will make it to the Super 12 stage that is likely to begin from October 24. India, England, Australia, Pakistan, New Zealand, South Africa, West Indies and Afghanistan have direct entries to Super 12 stage.

Oman Cricket, however, is keeping itself ready to host matches of the mega event. “The BCCI as the host needs to take the call first whether they want to change the venue. The United Arab Emirates can offer three venues, but if there is a requirement for four or five venues, they will have to look at the neighbourhood,” Oman Cricket chief Pankaj Khimji told.

“Our grounds have ODI, T20 status. Last month, our ground also got Test status. So, our grounds are always ready,” Khimji, who has recently been appointed as the vice-president of the Asian Cricket Council, said. For a 16-team event, the three venues in UAE — Dubai, Abu Dhabi and Sharjah — may not be enough. The ICC is planning to host a few games in Muscat, possibly during the qualifiers.

The Gulf nation has previously hosted ICC fixtures. The Oman Cricket Academy (OCA) ground in Al Amerat – 15 km southeast of the capital Muscat – has also recently been accredited to host Test matches, apart from ODIs and T20Is. However, it does not have permanent facilities for spectators.

“Now, it is summer, so the grounds have been completely re-laid. Our season starts in September and the grounds will be in perfect shape. If we are given the opportunity, we will be delighted to host the matches.” Khimji said. “We have fantastic infrastructure. Apart from the stadiums, our practice areas, pavilions – for the players, the experience will be as good as anywhere in the world.”

The Oman cricket team, coached by former Sri Lanka captain Duleep Mendis, will be featuring in the tournament and the Board is optimistic about the team’s chances.

Also Read: Anshula Rao first woman cricketer to get dope ban| All people of colour who hit out at racism, their careers ended in no time: Michael Holding