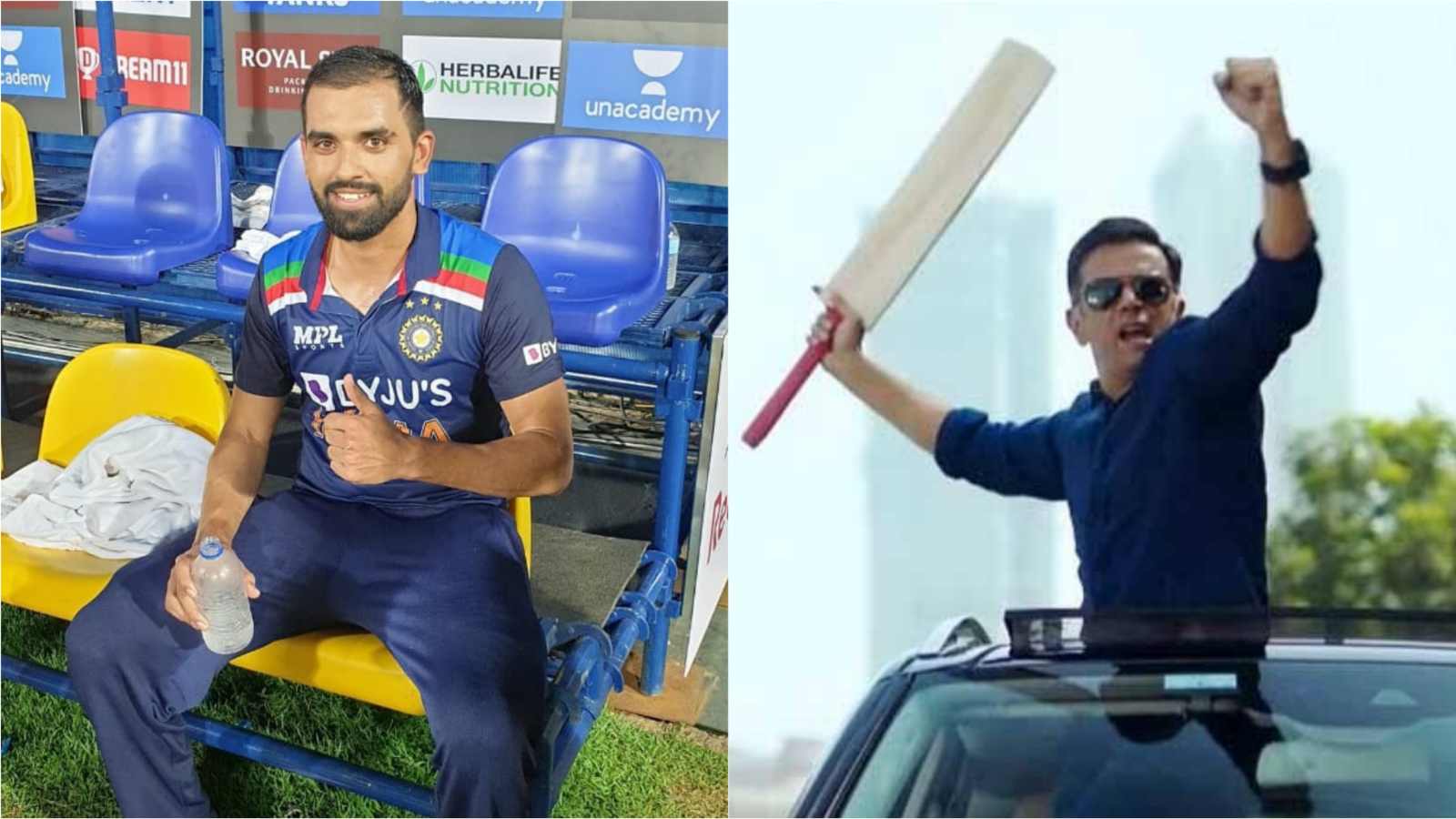 Indian cricket’s latest talk of the town Deepak Chahar played a match-winning knock during the second One Day International (ODI) match against Sri Lanka. At one stage where India were struggling with a score of 193-7 before Chahar smashed 69* runs off 82 deliveries to clinch the game for his side.

During a virtual press conference before the start of the third game, Deepak Chahar has credited the team’s coach Rahul Dravid for backing his batting abilities. He went on to jokingly say that Rahul Sir is now the ‘Gunda of entire India’.

The Agra-born was referring to a recent TV commercial of CRED mobile app where Rahul Dravid had featured and his dialogue ‘Indiranagar ka gunda hun main’ became very popular on social media.

“Watching MS Dhoni close out matches has been a big factor”

Deepak Chahar also stated that playing alongside one of the greatest finishers of all time, MS Dhoni has helped him a lot. Chahar and Dhoni have been continuously working together for many years, earlier for Rising Pune Supergiants (RPS) and now, Chennai Super Kings (CSK).

“Watching MS Dhoni close out matches has been a big factor. I have watched him for a long period and I have always seen him finishing matches. When you talk to him, he always tells you to take the game deep. Everyone wants us to win, but when the match goes deep, it is thrilling for everyone involved,” he added.

The Rajasthan cricketer also shed light on his father’s role in fine-tuning his batting skills.

Also Read | ENG vs IND: “India will start as favourites in this series” – Parthiv Patel