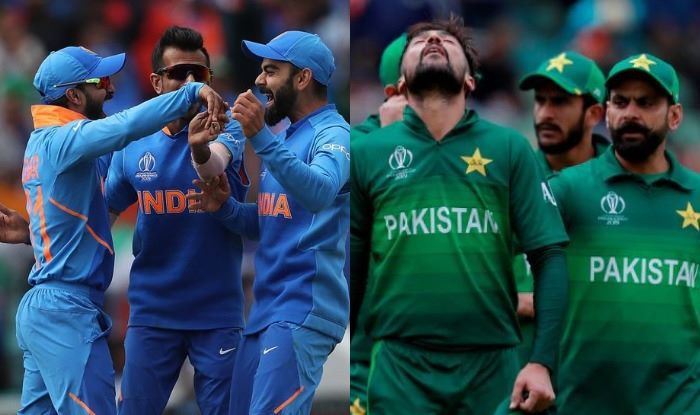 Another chapter is all set to get added into the traditional and much-hyped rivalry between India and Pakistan. The two teams will be locking horns with each other in their first match of the ICC Men’s T20 World Cup 2021 on October 24, Sunday at the Dubai International stadium. As India and Pakistan are gearing up for a rip-roaring contest, let’s flip the pages and take a look at the past five matches when the two teams were up against each other in the T20 World Cup.

India’s first-ever encounter against Pakistan in the T20 World Cup resulted in a tie as both teams scored exactly 141 runs in 20 overs. Robin Uthappa was the highest run-getter for India as he slammed 50 runs off 39 balls. For Pakistan, Misbah-ul-Haq was the wrecker-in-chief as he scored a much-needed half-century. In the end, it was the Men in Blue who had the last laugh as they won the bowl out to collect two crucial points.

The final of the inaugural edition of the T20 World Cup saw India and Pakistan going up against each other. Batting first in the game, India posted 157 runs with Gautam Gambhir hammering 75. In response, Pakistan put up a good fight as they were almost close to chasing the score. However, Irfan Pathan and RP Singh took a three-wicket haul each to ensure that India win by five runs and lift the T20 Cup.

It was a one-sided affair when India and Pakistan locked horns with each other during the 2012 edition. Pakistan delivered a poor performance with the bat as they ended up with just 128 runs in their 20 overs. India comfortably chased the score within 17 overs as Virat Kohli played a blistering knock of 78 runs off 61 balls. Kohli’s assault with the willow steered India to an eight-wicket victory.

India’s winning streak against Pakistan continued in 2014 too as the Men in Blue thrashed the Men in Green by seven wickets. Batting first, Pakistan failed to answer the difficult questions asked by the Indian bowlers. The team ended up with just 130 runs as Amit Mishra picked two crucial wickets. In reply, India completed the target within 18.3 overs. Virat Kohli was the top-scorer with 36 runs followed by Suresh Raina who had 35 runs to his credit.

India’s last outing against Pakistan in the T20 World Cup saw Virat Kohli emerging as the hero for the Men in Blue. It was another poor performance by Pakistan as they could score only 118 runs. India had nothing to worry about in the second innings as Kohli hammered a half-century to take the team home within 16 overs.