The Board of Control for Cricket in India (BCCI) has named the team for the limited over series against Sri Lanka. Veteran southpaw Shikhar Dhawan will be leading the side while Bhuvneshwar Kumar has been named as his deputy. India will three ODIs and as many T20Is in their tour of the island nation.

Young guns Devdutt Padikkal, Rituraj Gaikwad and Chetan Sakariya received maiden call ups. Nitish Rana too received his maiden call up on the back of impressive performances in the Indian Premier League (IPL). It will be interesting to see who will be the players who will be receiving their maiden India caps during the tour.

Return of Kul-Cha on the cards

The squad features six spinners in the side including new faces K Gowtham and Varun Chakravarthy. We might see the Kul-Cha duo might be back as Kuldeep Yadav looks to revive his international career. Kuldeep has been warming the bench for over a year now and this is the only way for him to make a mark in Indian colors. Yuzvendra Chahal too has been struggling lately and this might be the series for him to get his rhythm back.

Sanju Samson will have a chance to make a mark in international cricket. Off late, Rishabh Pant has been growing in stature leaving not much room for Samson to shine. The Kerala wicketkeeper’s huge problem has been his inconsistency. Samson will have to step up in Sri Lanka if he wants to book his place in the squad for the T20 World Cup.

Also Read | WTC Final Venue: Everything to know about the Ageas Bowl in Southampton 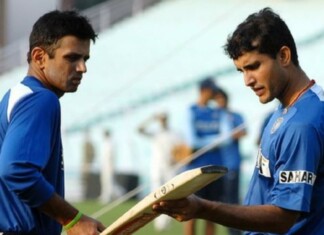