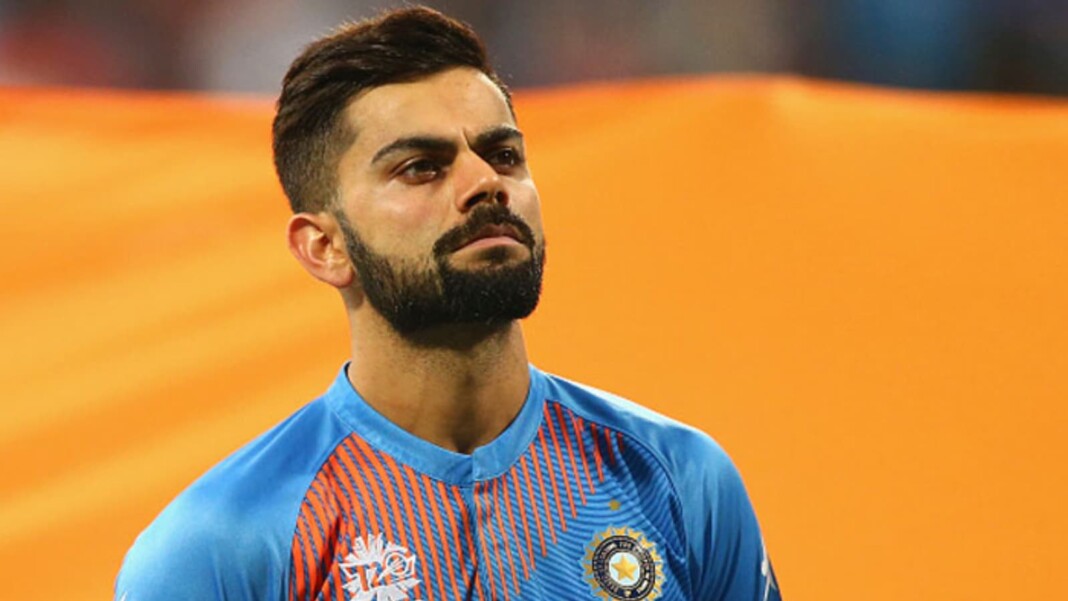 India vs New Zealand is virtually a knockout, courtesy of the unthinkable happening last Sunday in the India vs Pakistan game. It was unthinkable only because nobody from the Indian side of proceedings had ever thought their side would be beaten by their neighbours in an ICC World Cup, not because of a major upset in sporting terms.

A few days later, Pakistan went on to beat New Zealand. And in conditions as close to home for them and UAE indeed being their adopted home, the perennial surprise packages of world cricket have more or less booked an early ticket to the semi final. This leaves India in a tight spot, and the same can be said about New Zealand.

Thus, India vs New Zealand takes on added context and the pressure will be firmly on one of the pre tournament favourites, India. The Kiwis themselves are known to punch above their billed weight in every major tournament and Virat Kohli will be wary of the threat Kane Williamson’s team holds. India vs New Zealand games have previously caused grief for the Men in Blue who only recently lost to them in the WTC final and in 2019, was knocked out of the ICC World Cup semi final.

What will also worry the team mentored by MS Dhoni is the manner of defeat against Pakistan. The opening batters fell early, and the bowlers failed to make any in roads. Hence, things have to very quickly change for India if they are to remain alive in the T20 World Cup.

Here are 3 mistakes that need correction heading into the India vs New Zealand tie.

If Hardik Pandya is not fit enough to bowl, does he fit into the Indian team as a pure batter? This is perhaps the most raging debate in India at the moment. India’s lack of a sixth bowling option was exposed and laid bare by the Pakistani opening duo of Babar Azam and Mohammad Rizwan. The manner in which they cantered to victory would perhaps not have been greatly altered by Pandya. However, the lack of the very option had definitely handicapped captain Virat Kohli.

The explosive finisher has also been out of touch with the bat, making things worse from the “outside noise” point of view. Pandya found things extremely difficult in the recently concluded IPL which saw Mumbai Indians fail to make it to the playoffs. Even in the practice games prior to the tournament, Pandya found it difficult to get into rhythm, which carried over to the Pakistan game.

Thus, the management will need to review his inclusion in the India vs New Zealand game. While making early changes courtesy of the panic button being pressed is less than ideal in a global meet, Pandya’s selection question should not be one of those decisions. Despite the tournament for India being only one game old, his form in the format has been below average for a good while.

Rohit Sharma has an evident issue against the incoming delivery from a left arm pacer. This has always been the case for the opening batter. Shaheen Shah Afridi highlighted the same to the world through a bold statement last Sunday, after Rohit had so beautifully tackled the swinging ball in challenging English conditions.

And this problem of Rohit’s, which saw Mohammad Amir dismiss him thrice before, is one which he has tried consciously to tackle. A look at the stance of the Mumbai Indians captain would be enough to suggest that he was expecting the quick inswinging ball but was eventually beaten by the pace. And the Kiwis have Trent Boult who can deliver a similar early blow to the “hosts” in the India vs New Zealand game.

Hence, India may be tempted to rejig their batting order, even if it means the minute adjustment of KL Rahul facing the first ball. India may yet choose a different opening pair if they feel Rahul, who himself got cut in half by a scorching delivery from Shaheen Shah Afridi, is not best equipped to handle a left arm swing bowler.

Virat Kohli, who had previously made public proclamations of his wish to open the batting would still have to wait for his chance at the top though. Instead, the management may decide to rope left hander Ishan Kishan in to replace Hardik Pandya and pair him with his Mumbai Indians teammate up top. This would push Rahul down at number 4, further moving Rishabh Pant and Suryakumar Yadav to numbers 5 and 6, respectively.

The bowling unit failed as a group against Pakistan in the opening game. Granted the score to defend was not the most daunting, but not being able to dismiss a single opposition batter is a damaging reflection. There are, of course, two ways to react after such a performance – wholesale changes or calm assessment.

The 2007 winners of the tournament will, undoubtedly, go for the latter as Ravi Shastri and the think tank will ponder over what comprises the best combination heading into the crucial India vs New Zealand game.

Mohammad Shami proved to be expensive in his four overs and Bhuvneshwar Kumar looked a pale version of his old self against Pakistan. While the former had an off day, the latter was not at his best in the IPL either. Hence, it is likely that Shardul Thakur will walk in to replace one of the two – presumably Bhuvneshwar Kumar.

However, the problem therein may be the captain’s opinion on whether Thakur can be relied upon to bowl four overs if the New Zealand batters target him early. India, as already alluded to, may not have a sixth bowling option. Even if they do, it will be one among or a combination of acute part timers Virat Kohli, Suryakumar Yadav and Rohit Sharma.

In case India believe they require a safer bet and a slower bowler, R Ashwin may be called upon. On the batting front, Ashwin is a more cultured alternative to the T20 tailored big hitting of Thakur. Rahul Chahar is also an option which will tempt Virat Kohli as wrist spinners against teams outside the subcontinent is a good matchup. The leg spinner, though, does not strengthen the batting.

Irrespective of personnel, it is highly likely that reeling from last Sunday’s reversal the Men in Blue will be highly charged to get back on track in the prime time India vs New Zealand fixture.