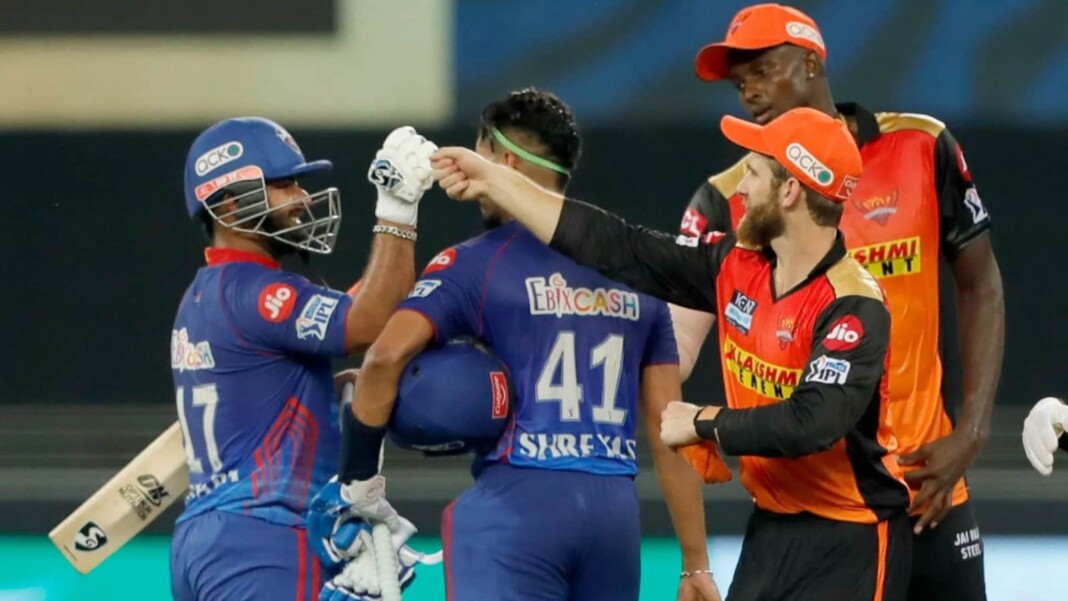 Delhi Capitals are in impeccable form during the 14th edition of the Indian Premier League (IPL). After spilling their magic in the first half of the tournament, the team has a blistering start to their campaign in the United Arab Emirates (UAE). DC continue their stay at the top of the points table as they defeated Sunrisers Hyderabad by eight wickets at the Dubai International Cricket Stadium.

Sunrisers Hyderabad, on the other hand, have suffered an annihilation in IPL 2021. The Hyderabad side has redefined rock bottom in the 14th edition of the T20 league. They have now lost seven out of their league matches. Hyderabad’s only win the season came against Punjab Kings by nine wickets in Chennai.

Coming to the DC vs SRH encounter, it would be fair to say that it was the bowlers who won the game for DC. The Capitals bowling unit gave nothing away to SRH as they picked timely wickets while keeping a check on the flow of the runs. Batting in the first innings, Hyderabad received their first hiccup in the first over only as they lost David Warner on a three-ball duck.

This was followed by the other SRH batters getting a good start but losing their wickets after getting set in the middle. The young Abdul Samad was the highest run-scorer for the Kane Williamson-led side as he added 28 runs to the scoreboard in 21 deliveries. In the end, SRH posted 134 runs in their 20 overs while losing nine wickets.

Meanwhile, Kagiso Rabada caused the most damage to Hyderabad. The South African seamer picked a three-wicket haul to break the backbone of the SRH batting unit. Rabada was aptly supported by Anrich Nortje and Axar Patel who had two wickets each under their belt.

Chasing 135, Delhi Capitals produced a brilliant batting effort. Delhi never gave Hyderabad a chance to make a comeback in the game as they completed the target within 17.5 overs. Shreyas Iyer made a sweet comeback by playing a sublime inning of 47 runs. The former DC skipper found an ally in Shikhar Dhawan who added 42 runs to the scoreboard.

Also Read: “Dhoni’s six” MS Dhoni has a spot named after him in Sharjah due to his humongous six in IPL 2020