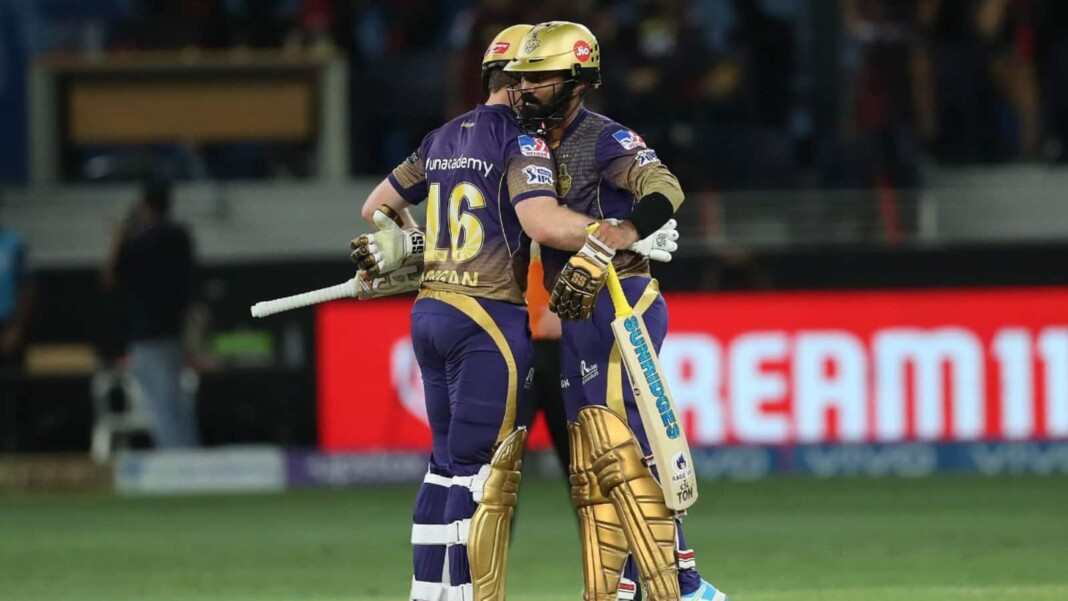 Kolkata Knight Riders (KKR) have taken a step ahead towards their qualification for the second stage of IPL 2021. The Eoin Morgan-led side were absolutely brilliant in their match against Sunrisers Hyderabad as they scripted a win by six wickets. Also, there is no change in the points table as the Knight Riders retain their fourth spot with 12 points from 13 matches.

Put to bat first, Hyderabad delivered a poor batting performance. The team had a dismal start to their campaign as they lost their opening batter, Wriddhiman Saha, in the first over only at a golden duck. The same was followed by the team losing their wickets at regular intervals.

The credit also goes to Knight Riders bowlers as they were careful in their approach and didn’t give away anything to the opposition. KKR were successful in stopping the Orange Army to a paltry score of 115 runs in their 20 overs. Skipper Kane Williamson was the highest run-scorer for SRH as he scored 26 runs off 21 balls.

Chasing 116, Kolkata Knight Riders also faced a lot of trouble as they could win the match only in the last over. The in-form Venkatesh Iyer didn’t enjoy much success against SRH as he lost his wicket at a score of 8. Rahul Tripathi also walked back to the pavilion after scoring just seven runs.

It was followed by Shubman Gill and Nitish Rana stitching a crucial partnership in the middle. Gill played a remarkable knock of 57 runs while Rana added 25 runs. Trouble began for KKR when they found themselves reeling at 106 for 4 in 18 over. However, the team has veteran Dinesh Karthik who hit 18 runs off 12 balls to take KKR home.

Also Read: IPL 2021: Royal Challengers Bangalore steer their way into the playoffs with a six-run victory over Punjab Kings