One of the greatest batters in IPL history, David Warner, is miserably struggling with form in the ongoing edition of the tournament. He has thus far scored just 195 runs for Sunrisers Hyderabad (SRH) at an average of 24.37 at a below-par strike rate of 107.73, including two half-centuries.

By far, IPL 2021 has been one of the worst seasons for the Australian opener aa he was earlier removed from the SRH captaincy role as well. David Warner also warmed the bench in the game when Kane Williamson took over the leadership role from him.

However, the southpaw featured in the first two games of his side in the second phase of the cash-rich league in the UAE. Unluckily, he just managed scores of zero and two against the Delhi Capitals and Punjab Kings respectively. Hence, he was yet again dropped from the playing XI in match 40 against Rajasthan Royals (RR) as Englishman Jason Roy made his debut for the Hyderabad-based franchise.

In the meantime, one of the SRH supporters was a tad bemused at not seeing Warner on the field (even in the dugout). The fan commented on one of the Instagram posts of the franchise and wrote, “Is Warner in the stadium… We didn’t spot him.”

Replying to this, another user typed: “Daveyyyy…I’m crying…take some rest give a power-packed comeback buddy.”

David Warner reverted to the fans, sounding pretty clear about his future at the Sunrisers. The left-hander replied and wrote, “Unfortunately, won’t be again but keep supporting please.”

Soon after David Warner’s comment grabbed the eyeballs of the netizens, several fans and supporters shared their feelings on Twitter about the batting maestro. Here are some of the top tweets: 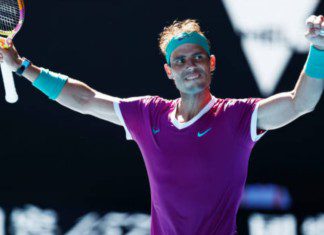