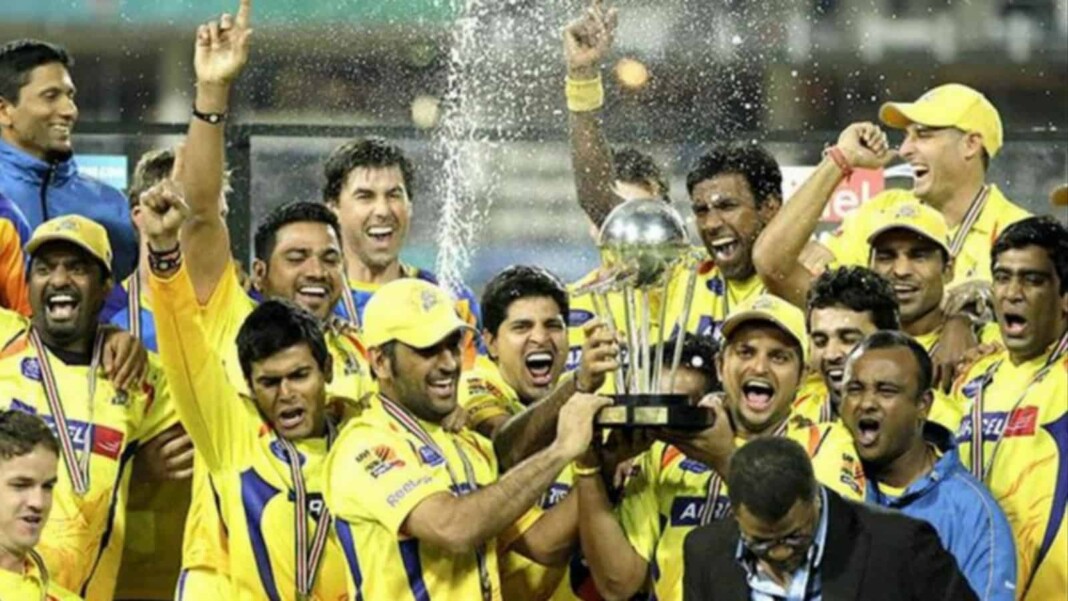 While Indian cricket fans are planning to enjoy the second leg of IPL 2021 in September-October later this year, IPL franchises are keeping a close eye on IPL 2022 too. The 2022 edition of the Indian Premier League will witness a mega auction and two new teams will be joining the cash-rich T20 league. Due to the mega auction in IPL 2022, franchises will be aiming to pick the best players so as to strengthen their squad.

According to reports, each franchise will be able to retain 4 players ahead of IPL 2022 mega auction. These players will be a combination of 3 domestic and 1 overseas player. Chennai Super Kings (CSK) is one of the powerful teams in the Indian Premier League with 3 titles in the tournament so far. The team showcased a great performance in IPL 2021’s first half, winning 5 matches out of 7.

MS Dhoni is the player that Chennai Super Kings will definitely retain in the next year’s IPL edition. MS Dhoni has been part of Chennai Super Kings since the debut edition of IPL 2008 and has led the franchise in all editions. CSK will never release MS Dhoni from the squad as a mark of respect for the dedication and hard work the CSK skipper has executed for building up the team over the years.

Although MS Dhoni did not have a great show in IPL 2021 with just scoring 37 runs in 4 innings, his smart leadership skills helped the team to win crucial games. CSK held the 2nd spot in the points table after winning 5 games out of 7. MS Dhoni is the poster boy for the Chennai Super Kings franchise and he is one player that the franchise will surely retain in IPL 2022 mega auctions.

Ravindra Jadeja is the second player that CSK might retain in IPL 2022 mega auctions. The Indian all-rounder has spent a lot of time with the franchise and is among one of the core members of the team. Jadeja has played for Chennai Super Kings from the IPL 2012 edition. He re-joined the franchise in the 2018 season when the team made a comeback in the tournament after a ban of two years.

In IPL 2021, the 32-year-old player executed a spectacular all-round performance for the team. He scored 131 runs in 6 innings at an average of 131 and strike rate of 161. The left-arm spinner also picked 6 wickets for the team in 7 games at an economy of 6.70. Jadeja also played an impeccable knock of 62 runs off 28 balls against Royal Challengers Bangalore along with scalping 3 wickets and one run-out in the game.

Suresh Raina(Mr. IPL), is CSK’s most successful batsman with more than 5000 runs from 164 matches for the franchise. He has retired from international cricket, but the three-time IPL champions still consider him an important cog in their wheel. Without Raina, CSK failed to qualify for Playoffs last term, finishing seventh.

Suresh Raina is the highest run-scorer for the ‘yellow brigade’ and is the only cricketer from the Chennai franchise to have scored over 5000 runs in IPL cricket. Raina is a bona fide IPL legend and has amassed runs, at an average of 33.34 and a strike rate of 137.14. The left-hander has also scored a hundred and 38 fifties in IPL cricket. He will be definitely retained by the franchise.

Sam Curran has shown great potential as a T20 match-winner for Chennai Super Kings (CSK) in the last two seasons. He has the ability to feature solely for his skills either with bat and ball. While in IPL 2020, CSK used him prominently as a bowler, in 2021, he was given the opportunity to even bat higher in the batting order.

Looking at the next three-year period in IPL, CSK could invest faith in considering Curran as one of their core members of the squad. As a result, the English all-rounder might also be a retained featuring for CSK in IPL 2022.