The Indian Premier League (IPL) 2022 is all set to provide a platform to more cricketers than ever with the arrival of two new franchises of Ahmedabad and Lucknow. Moreover, the existing eight teams have released some big names ahead of the forthcoming season, which are expected to begin bidding wars at the auction table.

The pacers have generally been the most expensive players at the IPL auction over the years. Now, let’s look at the top five fast bowlers who might grab big bucks at the mega auction.

The IPL 2021 ‘Purple Cap’ winner Harshal Patel was surprisingly released by Royal Challengers Bangalore (RCB). The Haryana cricketer has performed exceptionally well in the domestic circuit and went on to make his international debut earlier this year against New Zealand. It won’t be surprising if he grabs the highest deal amongst all Indian pacers at the mega auction.

Ace Kiwi pacer Trent Boult needs no introduction owing to great achievements with extraordinary swing bowling across formats. Alongside Jasprit Bumrah, he was the frontline bowler of Mumbai Indians (MI) in leading them to their fifth title win in 2020. He will now look to be the pace-attack leader of a new side in the 15th edition of the cash-rich league.

Another New Zealand fast bowler who can ignite the IPL 2022 auction is Lockie Ferguson. The former Kolkata Knight Riders (KKR) speedster bowls with raw pace and even took a hat-trick earlier this year in England’s T20 Blast. The Auckland-born, unfortunately, warmed the bench during his stint at the Kolkata-based franchise which won’t surely be the case in 2022.

England’s Jofra Archer has impressed all with his sheer pace, bounce and awkward action ever since he made his debut for the ‘Three Lions’. However, the 26-year-old was ruled out of the previous IPL owing to a long-term elbow injury. His ability will definitely grab the eyeballs of many franchise owners present at the IPL 2022 mega auction.

Kagiso Rabada wouldn’t have been released by Delhi Capitals (DC) if there wasn’t any cap on the number of retentions for each franchise. The South Africa cricketer was the ‘Purple Cap Winner’ in 2020 but didn’t have an impressive last season. However, a player of Rabada’s calibre has all the right ingredients to grab a handsome deal at the mega auction.

Also Read | IPL 2022: 5 wicket-keepers who might grab big bucks at the mega auction 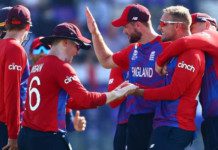 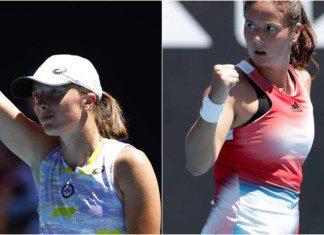