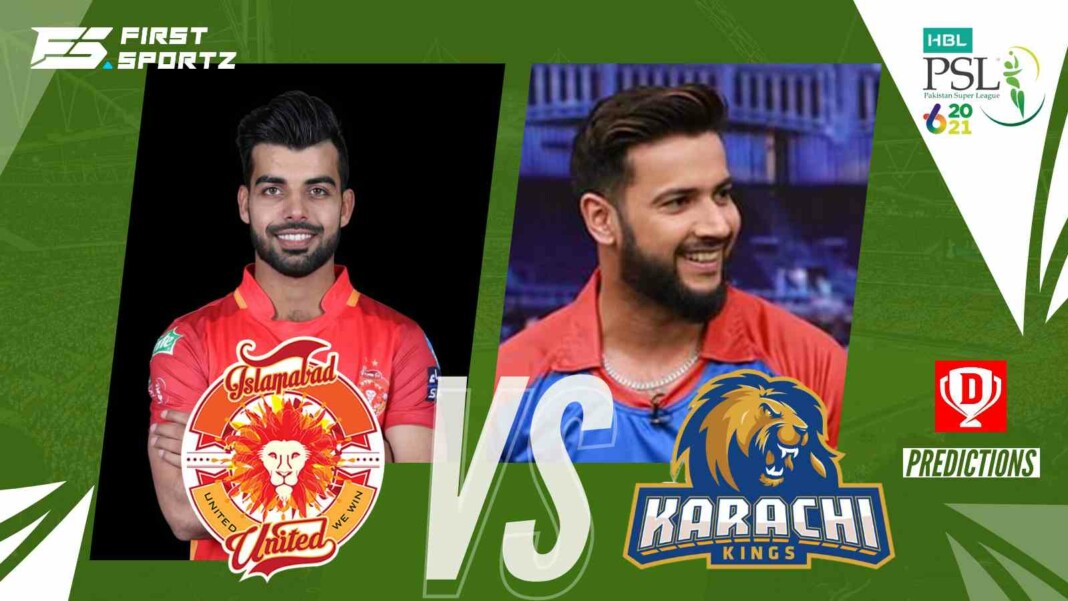 The 22nd match of the Pakistan Super League (PSL) 2021 will take place between Islamabad United (IU) and Karachi Kings. Both sides will lock horns for this clash on June 14, 2021, at the Sheikh Zayed Stadium in Abu Dhabi, UAE. The game will kickstart from 8:00 PM local time – 9:30 PM (IST) onwards and will be streamed live on Sony Sports Network and Sony Liv.

Both the sides have played each other earlier as well in PSL 2021 where the United emerged as the winners. IU’s star opening batsman Alex Hales won the ‘Man of the Match’ in that encounter with an outstanding knock of 46 runs off 21 deliveries. However, he’s not available for selection in the remaining leg of the season and the addition of new players in both teams might turn the tables.

The Islamabad-based franchise is currently placed at the second position in the Points Table with four wins out of six matches. On the other hand, KK holds the fourth spot with two victories from six games.

Let’s look at our fantasy 11 predictions for this clash and here are the top picks for ISL vs KAR.

Here are our three picks for probable Dream11 Fantasy captain for ISL vs KAR:

Here are our three picks for probable Dream11 Fantasy vice-captain for ISL vs KAR:

Also Read | WATCH: Faf du Plessis brutally collides into a teammate in an attempt to save a boundary