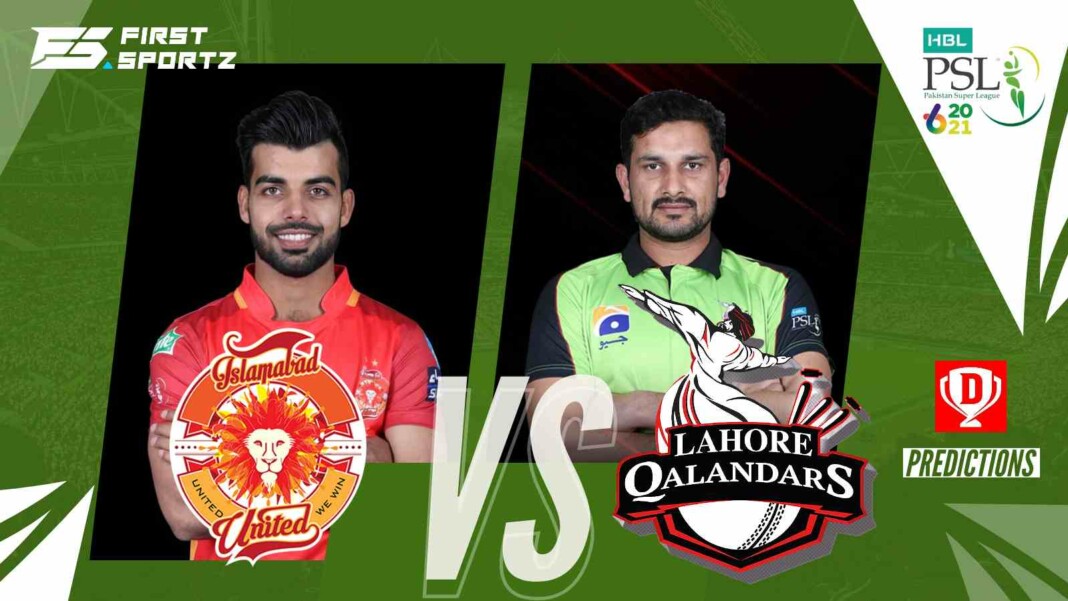 The 20th match of the Pakistan Super League (PSL) 2021 will take place between Islamabad United (IU) and Lahore Qalandars (LQ). Both sides will lock horns for this clash on June 13, 2021, at the Sheikh Zayed Stadium in Abu Dhabi, UAE. The game will kickstart from 5:00 PM local time – 6:30 PM (IST) onwards and will be streamed live on Sony Sports Network and Sony Liv.

Both the sides have played each other earlier as well in PSL 2021 where the Qalandars emerged as the winners. LQ’s star cricketer Rashid Khan won the ‘Man of the Match’ in that encounter for his outstanding all-round performance of 1/9 off balls and a cameo of 15* (5) with the bat.

Currently, LQ and IU occupy the top two positions in Points Table and look quite comfortable for making it to the playoffs. Coming to this game, both the sides are expected to take the field with the same playing XIs.

Let’s look at our fantasy 11 predictions for this clash and here are the top picks for ISL vs LAH.

Here are our three picks for probable Dream11 Fantasy captain for ISL vs LAH:

Here are our three picks for probable Dream11 Fantasy vice-captain for ISL vs LAH:

Also Read | IND vs SL: ‘Jaydev Unadkat and Rahul Tewatia could have been included’ – Deep Dasgupta