New Zealand all-rounder James Neesham represents his country regularly in limited-overs cricket. However, his last outing in Test format came back in 2017. In the Indian Premier League (IPL), Neesham was bought by defending champions Mumbai Indians (MI) in the 2021 auction.

The Auckland-born shifted to Otago to play the majority of his domestic cricket during the initial phases of his career. On December 21, 2012, Neesham made his international debut during a Twenty20 International (T20I) match against South Africa. He later went on to feature in Blackcaps’ ODI and Test squads as well.

The left-handed batter was also a part of the New Zealand side that played the all-important final match of the 2019 ICC Cricket World Cup.

Coming to his IPL performance, Neesham made his debut with Delhi Daredevils (now Delhi Capitals) during the 2014 season. After missing out for several seasons, he made a comeback in the tournament with Kings XI Punjab (now Punjab Kings) before joining MI.

According to networthey.com, James Neesham’s net worth is estimated to be around $1 million (INR 7.5 crores). On a lighter note, the Kiwi cricketer had once said, “The real net worth is the friends we make along the way” on being asked about his net worth by a fan on Twitter.

Mumbai Indians had signed James Neesham for INR 50 lakhs during the IPL 2021 auction. Moreover, he receives some amount from the New Zealand Cricket (NZC) as his match fees.

There isn’t much information available on James Neesham’s endorsements, however, top cricket gear manufacturing brand Kookaburra has signed him as the sponsor for his bat.

James Neesham is in a relationship with New Zealand netballer Alex MacLeod-Smith.

Q. What is James Neesham’s age?

Q. What is James Neesham’s salary?

Q. How much is James Neesham’s net worth?

Q. When is James Neesham’s birthday?

Q. Where is James Neesham’s home?

Q. Who is James Neesham’s wife?

James Neesham is in a relationship with Alex MacLeod-Smith.

Q. Who are James Neesham’s parents?

Not much is known about James Neesham’s parents.

Q. What is James Neesham’s nickname?

Q. How tall is James Neesham?

Q. When did James Neesham make his debut for New Zealand? 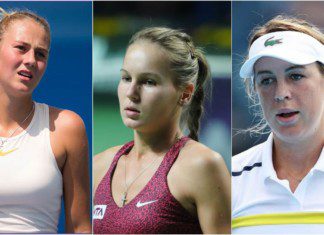