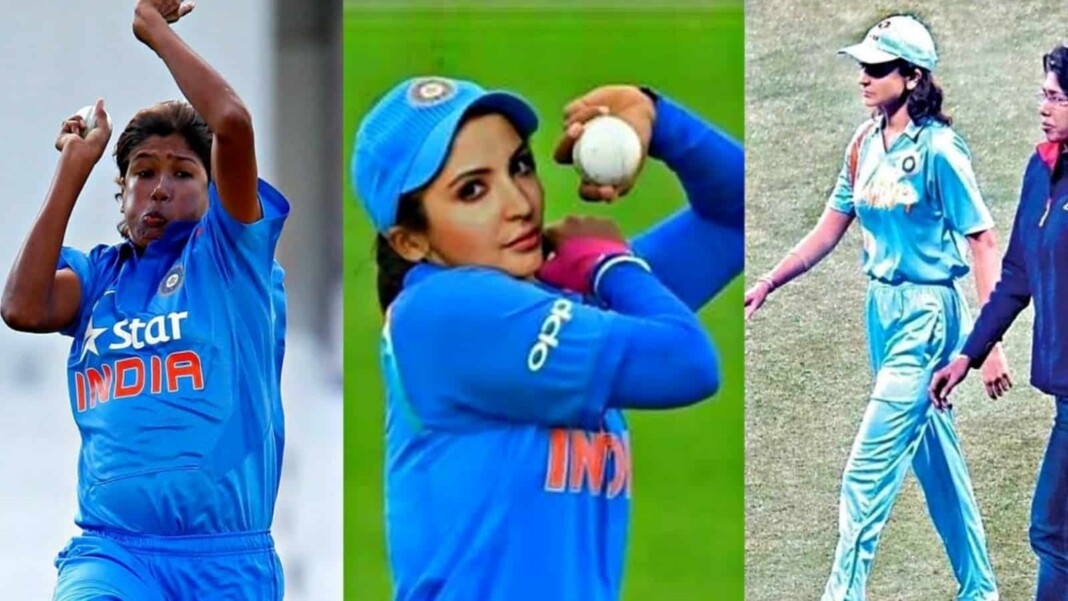 The biopics made on prominent personalities more often than not fetch a lot of attention from the fans. Add to it a cricketer and that further garners the audacity of the movie. Thus, a biopic on Indian Women’s team pacer Jhulan Goswami is all set to be made with the Bollywood actress Anushka Sharma gearing up to portray the speedster in the movie.

There have been a lot of rumors on Anushka Sharma starring in Jhulan’s biopic when the image of the actress in the Indian jersey had gone viral on the internet in January 2020. She was seen with Jhulan at the Eden Gardens in Kolkata. Though no official announcement has been made on the film, as per a report in Bollywood Hungama the further process of the movie is expected to start by the end of this year.

A source opened up to Bollywood Hungama that Currently the movie is under development and the script is yet to be finalized and that Anushka would start the proceedings once everything gets approved. “It is not shelved for sure. The film is under development and in the scripting stage. Once the script is approved, the director would be finalized after which Anushka would start the preparation. And only then the film will go on floors,” a source was quoted as saying by Bollywood Hungama.

The intriguing legacy of Jhulan Goswami

Jhulan Goswami has been one of the most impactful bowlers in the history of women’s cricket. Her success and hard work has helped women’s cricket in India to sail to greater heights. Thus, one doesn’t need to put their thinking hat on for knowing that her journey would be one to watch out for. Since her debut in 2002, Goswami has scalped 41, 236, and 56 wickets in Tests, ODIs, and T20Is respectively.

One of the greatest servants of the game, Goswami still looks as lethal as ever with the ball. Currently, she is in England with the Indian side for their series against England. India drew the one-off Test match against England whereas in the ODIs the host took the lead of 2-0. The two teams will now lock horns against each other for the three-match T20I series kick-starting from July 09.