The Indian Premier League (IPL) is undoubtedly one of the most popular sporting events across the globe. Recently, another example of its craze was witnessed when a media report suggesting that ace football club – Manchester United owners are likely to bid for one of the new teams in IPL 2022 came out.

As per a story published in The Times of India, one of the most popular and successful football clubs – the Red Devils’ owners Glazers family have shown ‘interest’ to buy one among the two new IPL teams. It is believed that this could be a reason behind an extension in the purchasing tender date by the Board of Control for Cricket in India (BCCI).

“So, technically, overseas investors are eligible to submit a bid if they meet these conditions. We don’t really know whether Man U owners will come to the bidding table. What we certainly know is that they’ve shown interest,” a TOI report quoted sources as saying.

Glazer family picks up the Invitation to Tender (ITT)

Another update confirms that the Glazer family has filed up the Invitation to Tender (ITT) document from the BCCI to purchase one of the two new teams in the forthcoming edition of the cash-rich league.

“A lot of people usually pick these tender documents to study and gather the information that tends to be otherwise very useful from a larger industry perspective. For instance, buying a bid document will tell me more about what the BCCI is planning next, in terms of the league expansion, etc. For instance, if Disney has bought the tender document to buy the franchise, it doesn’t mean Disney is interested in owning a franchise. It will study the document because it has to plan its own media rights landscape,” the source added.

Some reports even suggest that not only the Man United, but the Adani Group, Torrent Pharma, Aurobindo Pharma, RP-Sanjiv Goenka Group, Hindustan Times Media, Jindal Steel (led by Naveen Jindal), entrepreneur Ronnie Screwvala and three private equity players are some other names to have picked up the documents. 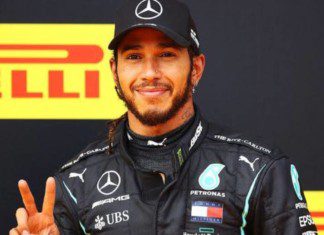