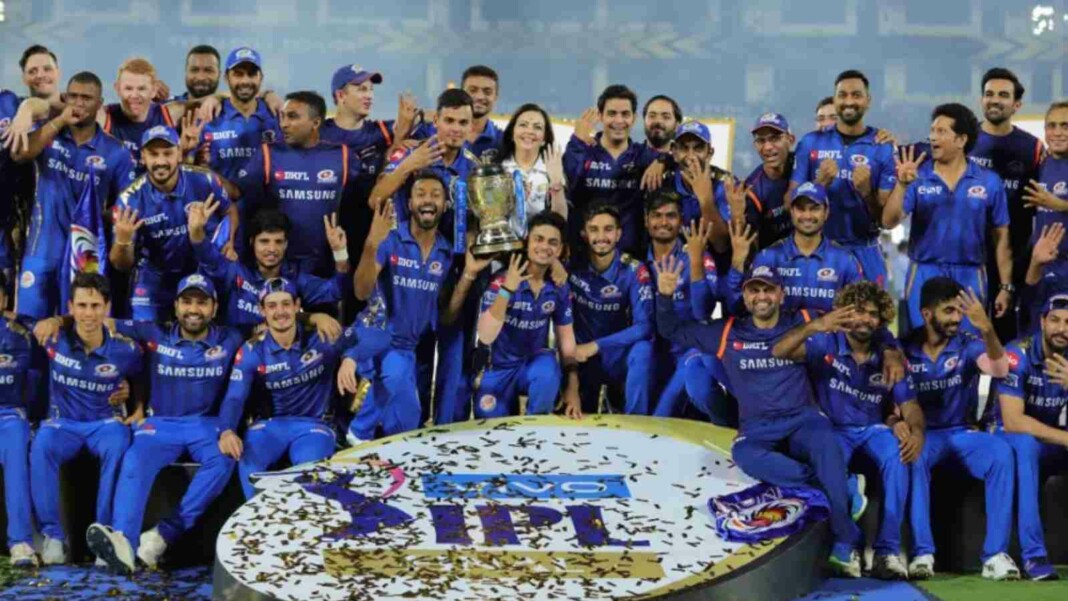 With seven all-time IPL 11 teams picked, we finally reach Mumbai Indians – the most successful franchise in the competition’s history. They have won the tournament on five occasions – 2013, 2015, 2017, 2019 and busting their odd years myth, also in 2020.

Just like the city they hail from, Mumbai Indians have taken a fancy for the filmy, as they almost always make sure that their fans have no nails left to bite while watching their favourite team lift trophy after trophy. With MI, it is always a comeback. It feels as though there is a magic spell guarding them against winning the first game of the tournament.

This adds to the excitement and the roller coaster of emotions that the team provides. As consistent as Mumbai’s penchant for enthralling with tight finishes is, so is their ability to scout talent and build strong cricket teams. That has been the bedrock of Mumbai’s sustained success in the tournament since 2013.

Thus, forming an all-time IPL 11 for Mumbai Indians becomes a very difficult task. There will, most definitely, be notable absentees who would easily walk into any other IPL team based on their tournament credentials.

Hence, for the purpose of full disclosure, in selecting the XI players for our side, we have kept certain soft guidelines. Firstly, importance has been given to MI’s aforementioned most successful periods.

Secondly, a strong consideration has been made on the home conditions of the team in their successful periods. In MI’s case, the Wankhede Stadium has a true wicket and is a small ground where run scoring is easy. Thirdly, the captain’s style of leadership has been taken into account, along with the team combination he likes to pick. Finally, the team will comprise no more than four overseas players.

Quinton de Kock will take first strike because his partner will simply not. The South African will also keep wickets for the team. He pips Lendl Simmons who has an extremely impressive record for the Paltans given the left-right opening combination and that de Kock can also keep wickets. The left-hander also has a slightly higher strike rate than the West Indian.

The first Indian Orange Cap winner and cricketing royalty, Sachin Tendulkar will open the batting. Tendulkar played 6 seasons for Mumbai Indians and won the tournament in his final year. Tendulkar has 2599 runs but will not lead the team despite making the final of the 2010 edition as captain.

Rohit Shamra will bat at number 3. Despite being one of the best openers around, he bats one step down in order to lend balance to the team and perhaps control the innings. Rohit, with nearly 4600 runs for MI, will also lead the team. The Mumbai boy is also the most successful player in the tournament, having won it six times – five times with MI and once with Deccan Chargers.

At number 4 is Suryakumar Yadav. Surya just pips Ambati Rayudu in this team, who has been a silent and loyal performer for the Paltans. However, Surya’s 1589 runs have all come at the top and has catapulted him to the Indian team. Surya also averages more than Rayudu and his higher strike rate, touching 140 helps him take this spot.

Perhaps the best set of all-rounders belong to MI. At number 5 is Kieron Pollard, the longest standing active player for Mumbai Indians. The big West Indian is a legend of T20 cricket, not least of MI and the IPL. He belongs to the category of players whose sheer impact and match-winning ability trumps all numbers.

Following Pollard at 6 is the younger Pandya brother, Hardik Pandya. Yet another impact player who has the ability to strike from ball one. He is also someone who can bowl the full quota of four overs when completely fit. In the 2018 and 2019 seasons combined, Hardik scalped 32 wickets with the ball.

At number 7 is Krunal Pandya. Similar to his younger sibling, Krunal can strike the ball from the outset. He is also someone who can bowl four overs, giving the captain plenty of options on the Wankhede wicket. Krunal is also a big-game player, having won man of the match in the 2017 final.

At number 8 is another all-rounder of the format, Harbhajan Singh. Bhajji is a bona fide legend for the Paltans. The off spinner has taken 147 wickets for MI and has a career economy rate of 6.96 for the team, which is worth its weight in gold. He has also won a couple of games with his big hitting.

The number 9 spot belongs to Mithcell McCelanaghan. His fellow Kiwi Trent Boult ran him close and will perhaps replace him in a few years’ time. But, in 2021, the spot still belongs to the man who was central to MI’s victorious campaign in 2015. McClenaghan has a very healthy 71 wickets in 56 matches to his name.

At number 10 is apprentice Jasprit Bumrah. The Yorker specialist has 115 wickets for MI in 99 games at an economy rate of only 7.39. At 27, Bumrah is already one of the best and is well on his way to becoming the outright best pacer in the tournament’s history.

Completing the team at number 11 is the master, Lasith Malinga. The Sri Lankan is the original Yorker specialist of the tournament and, beyond doubt, a masterpiece in the art gallery of the IPL. Malinga finished his career with 195 wickets in 137 matches at an economy rate of merely 7.12 in the franchise competition. No wonder teams have found chasing down targets so difficult against this team.