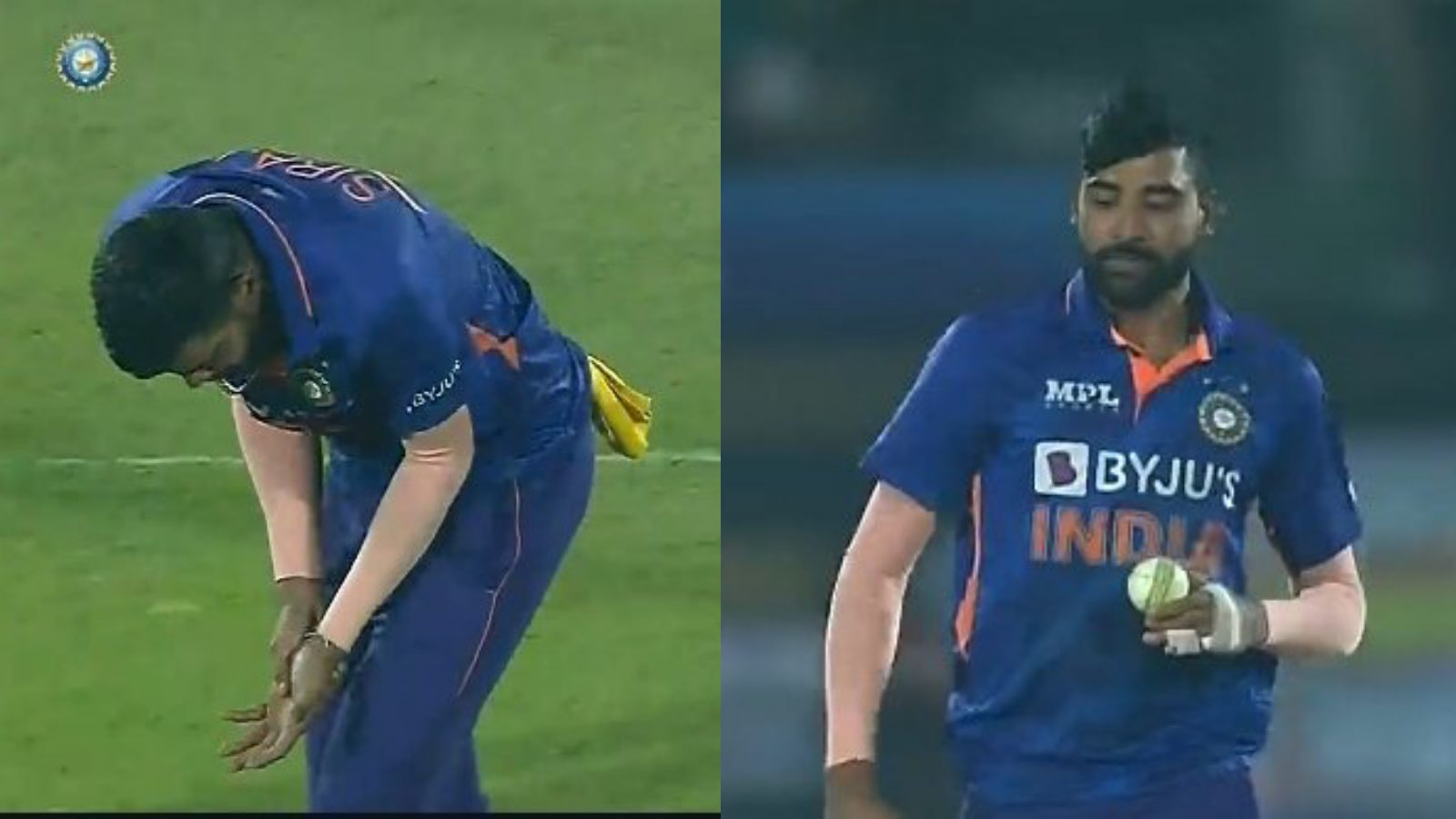 Over the last few months, Mohammed Siraj has impressed one and all with his great character and passion in the middle. The Border Gavaskar Trophy and his father’s tragic passing reignited a dying flame in him. And he is all set to channel it in white-ball cricket having shone brightly in Test matches.

Mohammed Siraj is a much-improved bowler in all formats of the game and his impressive outing in IPL 2021 saw him get a call up for the T20 I series against New Zealand. The series opener in Jaipur was Siraj’s first T20I game in over three years his last being an encounter against Bangladesh in the Nidahas Trophy back in 2018.

In his first game back in the blue of India, Mohammed Siraj returned with figures of 1-39 as he struggled early on. Despite conceding 32 runs off his first three overs, Siraj recovered brilliantly to spare just seven runs off his final over as he bowled the majority of it with a heavily tapped hand.

Mitchell Santner drove a ball straight back powerfully and it struck Siraj on his left hand in his follow-through. The pacer was in extreme pain as it seemed like he split his webbing. While Siraj was bleeding and in pain, he decided to complete the over. Not only did he completes his final over but bagged a wicket to restrict the Kiwis under 165.

In the end, the total proved too easy for the Indians as they chased it down comfortably with balls to spare. Rohit Sharma and Suryakumar Yadav starred with the bat as the hosts got off to a winning start in the T20I series. Rohit‘s first game as the full-time captain turned out to be a walk in the park at the end.