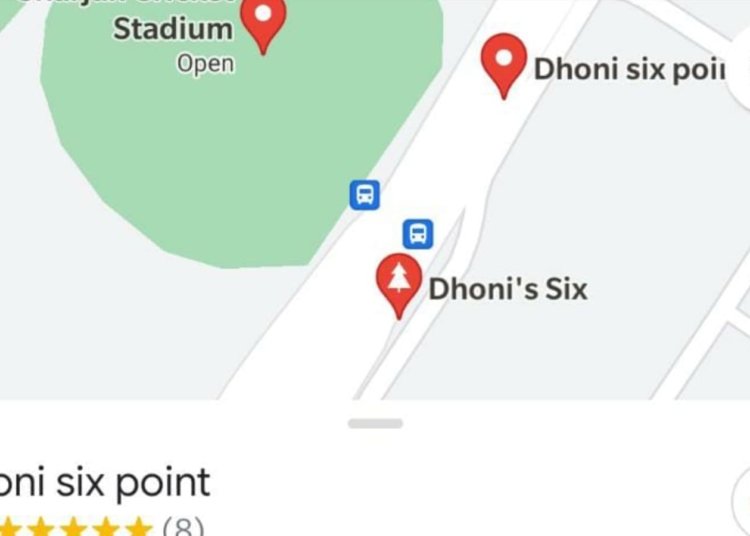 MS Dhoni didn’t enjoy an ideal run in the 2021 edition of the Indian Premier League (IPL) in the United Arab Emirates (UAE) just like his franchise Chennai Super Kings. There was a particular game between the Super Kings and Rajasthan Royals that invited a lot of criticism for the former Indian skipper.

Playing at the Sharjah Cricket Stadium, the Royals went berserk with the willow. The Men in Pink hammered an astounding 216 runs in their 20 overs. Sanju Samson caused the most damage as he smashed 74 runs off just 32 deliveries with the help of one boundary and as many as nine maximums.

Chasing the whopping total, Chennai lost their wickets quickly. Apart from Faf du Plessis who scored a stunning 72 runs, no other batter showed any character or responsibility. The fans had a lot of expectations from Dhoni, who came to bat at number seven. However, early in his innings, the veteran looked rusty and failed to get going.

Dhoni finally regained his form towards the end as he lived up to his reputation in the 19th over. The CSK skipper blasted three consecutive sixes off Tom Curran to remind why he is considered the best finisher. The six by MS on the fourth ball of the 19th over was so huge that the ball landed outside the Sharjah Stadium on the road.

Though CSK had lost the match by 16 runs, the clip of a man picking up the ball hit by Dhoni from the road outside Sharjah had gone viral. It is now learned that the spot has been named as Dhoni’s six on the Google Map.

“The door is unlocked,” Aaron Rodgers makes a cryptic remark on questions surrounding his retirement from the NFL