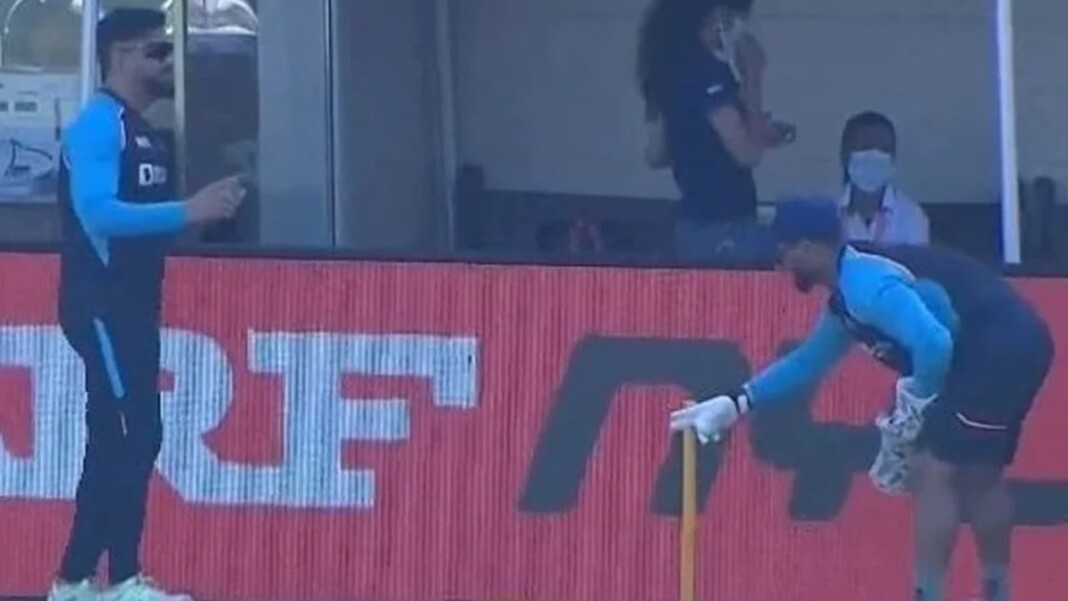 Team India is battling it out against Australia in their last warm-up match before the ICC Men’s T20 World Cup. The match between the two cricketing superpowers is being played at the ICC Academy Ground in Dubai. Amidst the game, the camera captured an adorable moment between the former Indian skipper MS Dhoni and wicketkeeper-batter Rishabh Pant.

Notably, the Board of Control for Cricket in India (BCCI) has appointed Dhoni as the mentor of the Indian team for the T20 World Cup 2021. In the viral video from India vs Australia warm-up game, MS Dhoni can be seen giving some important wicketkeeping lessons to Pant.

The play between India and Australia was halted for a few minutes due to sightscreen issues. This is when the cameras captured Dhoni practicing the fielding drills with Rishabh Pant while standing outside the boundary. The video of the same is going viral on social media.

One of the major concerns for the Indian team going into the T20 World Cup is the sixth bowling option. Hardik Pandya’s fitness concerns have resulted in India falling short of a proper all-rounder. It is learned that with Hardik not fully fit, skipper Virat Kohli can roll his arm for the Men in Blue.

During the practice match against Australia, Kohli bowled two overs and looked in fine touch. The Delhi-born gave away just 12 runs in his two overs and can be considered as a decent bowling option for the Indian team. Vice-captain Rohit Sharma had also hinted towards the same possibility during the toss.

“Myself, Virat, Surya. We’ll all bowl and see if we can chip in with a sixth option. Even if we play with five bowlers, we’ve got the quality. The sixth bowler just gives you an extra option in case someone is having a bad day,” Rohit said.