“Why she is so evil with us?”- Beth Mooney unleashes carnage during chase against India 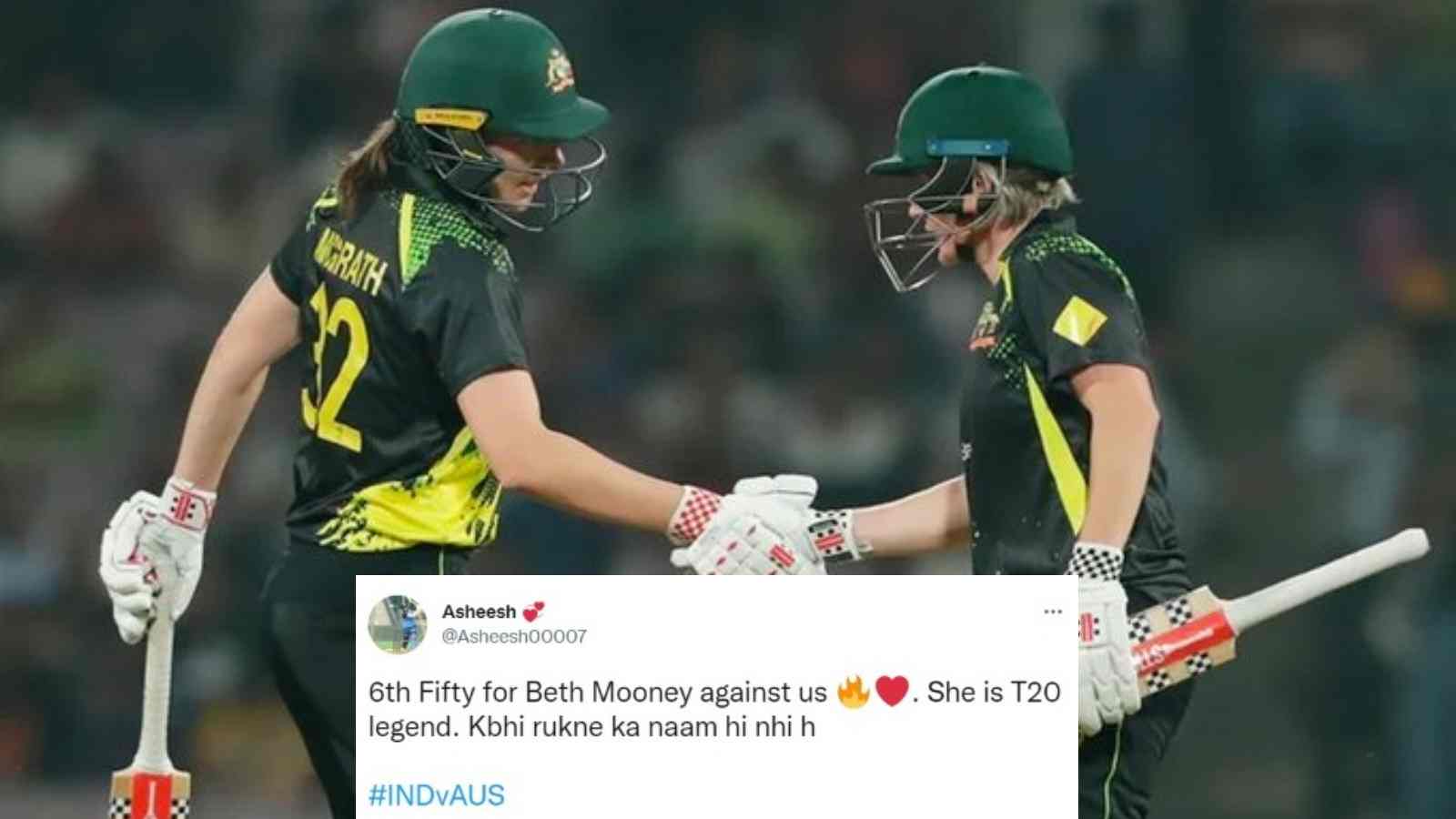 It was difficult for the Indian bowlers to build pressure on Australia because their top-order batters were enough to chase down the 173-run target comfortably. Beth Mooney‘s half-century and brilliant contributions from Alyssa Healy and Tahlia McGrath helped the Aussie lead the five-match T20I series by 1-0. In this match, they won by nine wickets on Friday (December 9) at the Dr. DY Patil Sports Academy, Navi Mumbai.

During the chase, Mooney and Alyssa Healy gave a fiery start to the innings as they stitched a 73-run stand for the first wicket. Devika Vaidya gave the much-needed breakthrough when she dismissed Healy in the 9th over. Vaidya’s full toss made Healy drive it but uppishly straight to skipper Harmanpreet Kaur at covers and the former walked back scoring 37 runs from 23 balls (with four boundaries and two maximums).

Indian bowlers couldn’t break the stand between Beth Mooney and Tahlia McGrath then. Mooney was playing shots like it was child’s play. In her unbeaten 89-run knock from 57 balls, she smashed 16 boundaries at a strike rate of 156.14. McGrath, meanwhile, smashed four boundaries and a six to score 40 runs from 29 balls.

These two batters then took Australia past 172 to win the match by nine wickets (with 11 balls left). Only Vaidya picked up a wicket (of Healy).

Earlier, the Aussie bowlers kept building pressure but somehow India crossed the 150-run mark. Then Deepti Sharma’s quickfire of an unbeaten 36 off 15 and Richa Ghosh’s 36 off 20 balls helped India reach 172/5 in 20 overs.