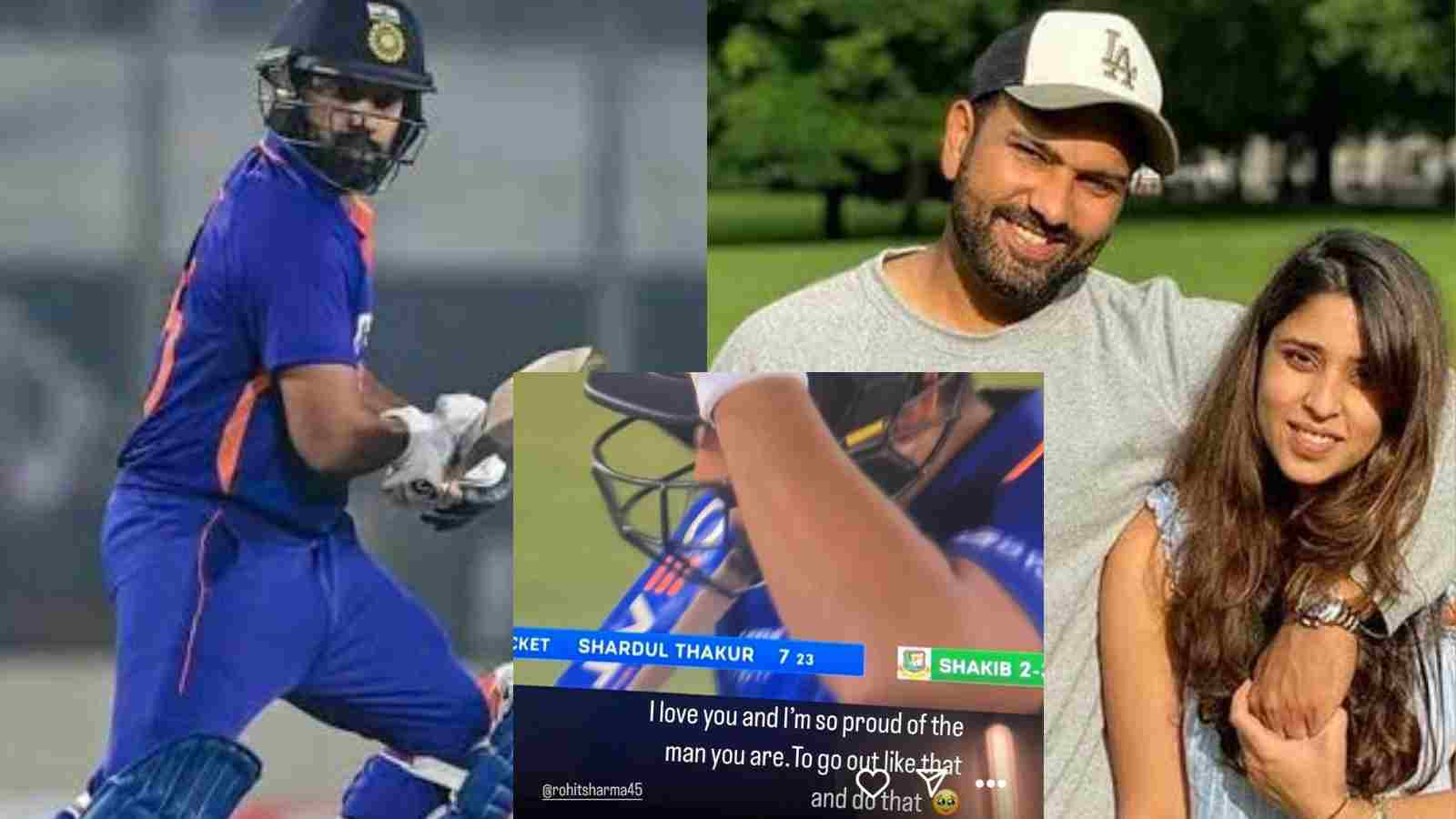 India skipper Rohit Sharma played a stunning inning with his quickfire in the 2nd ODI against Bangladesh on Wednesday (December 7). He didn’t open the innings due to a thumb injury that he got while attempting a catch earlier in Bangladesh’s innings. But he came out to bat at No.8 to make the one-sided match a thriller in Mirpur.

His unbeaten 51 off 28 couldn’t secure India a win but earned him respect from peers, fans, and cricket experts as well. Right from the beginning, he kept smashing biggies to take India to 266/9. Had he hit a six off the last ball of the innings, India would have tied the match, but as no run was scored off the last ball, Bangladesh won the match by five runs and secured the series by 2-0.

Rohit’s wife Ritika Sajdeh took to Instagram and posted a story when the batter came out at No.8 to bat with an injured thumb. “I love you, and I’m so proud of the man you are. To go out like that and do that,” Ritika wrote on her Instagram story.

After the match, Rohit Sharma confirmed that the injury caused some dislocation, but it’s not a fracture. “It (thumb injury) isn’t too great. Some dislocation and some stitches. Fortunately, not a fracture, so I was able to bat,” Rohit said during the post-match presentation.

But India head coach Rahul Dravid confirmed that the India skipper won’t play the 3rd ODI and will fly back to Mumbai to get his thumb analyzed. “We are struggling with a few injuries as well. Not ideal. Kuldeep, Deepak, and Rohit will certainly miss the next game. Rohit will miss the next game, fly back to Bombay, consulting with an expert. Whether he will return for the Test series is not, I am not sure. It’s too early to say,” Dravid said later on Wednesday.

The 3rd ODI will be played on Saturday, December 10 at the same venue, Sher-e-Bangla stadium in Mirpur, Dhaka. The Men in Blue will try to avoid a clean sweep from Bangladesh for the first time.