When Rohit was asked about this ton after three years, the 36-year-old became a bit annoyed. He asked the broadcaster to show the whole picture and not just how many years it took him to smash his next hundred. 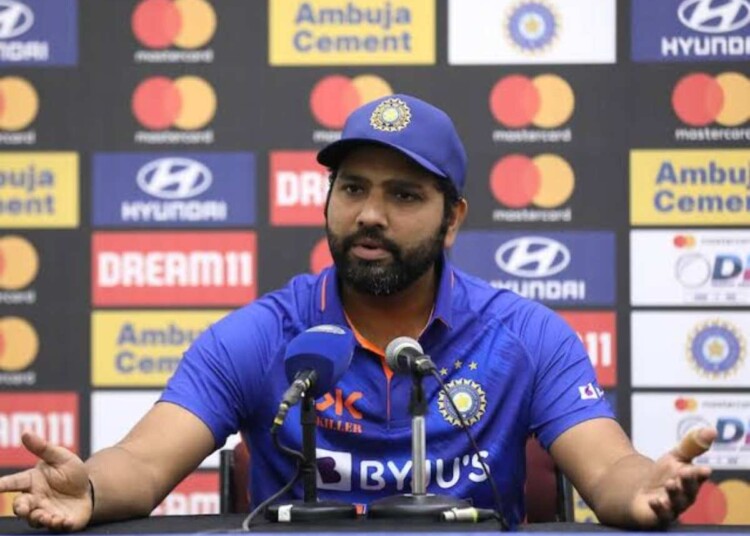 India skipper Rohit Sharma slammed his 30th century in ODIs and in doing so, he equaled Australia great Ricky Ponting’s record of 30 ODI tons. This century also came after a period of three years; the last he scored in 2020 against Australia. Rohit played 101-run knock from 85 balls, laced with nine boundaries and a six on Tuesday.

He was quite happy after he ended his century drought. He celebrated by raising his bat as the Holkar crowd and dressing room started applauding.

When Rohit was asked about this ton after three years, the 36-year-old became a bit annoyed. He asked the broadcaster to show the whole picture and not just how many years it took him to smash his next hundred. “Regarding the first hundred in three years, I’ve played only 12 (17) ODIs in three years. Three years sounds a lot,” Rohit said during the post-match interaction.

When the journalist defended himself by saying that he wasn’t critical of him, Rohit said: “You guys should know what’s happening. I know that it was shown on broadcast but kabhi kabhi woh cheez bhi dhyan dena chahiye, broadcaster ko bhi sahi cheez dikhana chahiye (the broadcasters should give the correct picture).”

Related: Cricket could be a part of the 2028 Los Angeles Olympics

Rohit Sharma again snapped at the journalist for his comeback remark

During 2020, the COVID-19 pandemic stopped almost everything, and cricket was not spared as well. India played just three ODIs, before the pandemic.

Rohit again snapped at the journalist after the latter asked about his comeback. “What sort of a comeback? I didn’t get it.” He added that everyone was sitting at home because of COVID-19, that he hardly played ODIs, and he was injured, so he played two Tests during that time, “so you have to put all of that in perspective,” he added. He also pointed out that last year, they didn’t play much ODI cricket as they were focused on T20 cricket a lot.

Meanwhile, in the third ODI against New Zealand, India were asked to bat first and they amassed 385 runs for the loss of nine wickets. Apart from Rohit, opener Shubman Gill also scored 112 from 78 balls. After their dismissals, India kept losing wickets at regular intervals, but Hardik Pandya‘s 38-ball 58 saved India from faltering after a good start.

Later, Kiwi batter Devon Conway scored 138 from 100 balls, Henry Nicholls contributed 42 from 40 balls, and Mitchell Santner added 34 from 29 balls, which wasn’t enough for them to win. Shardul Thakur and Kuldeep Yadav bagged three wickets each to bundle out the visitors for 295 runs to win the match by 90 runs. Win the series win by 3-0, India also leaped to the top of ICC’s ODI Ranking.