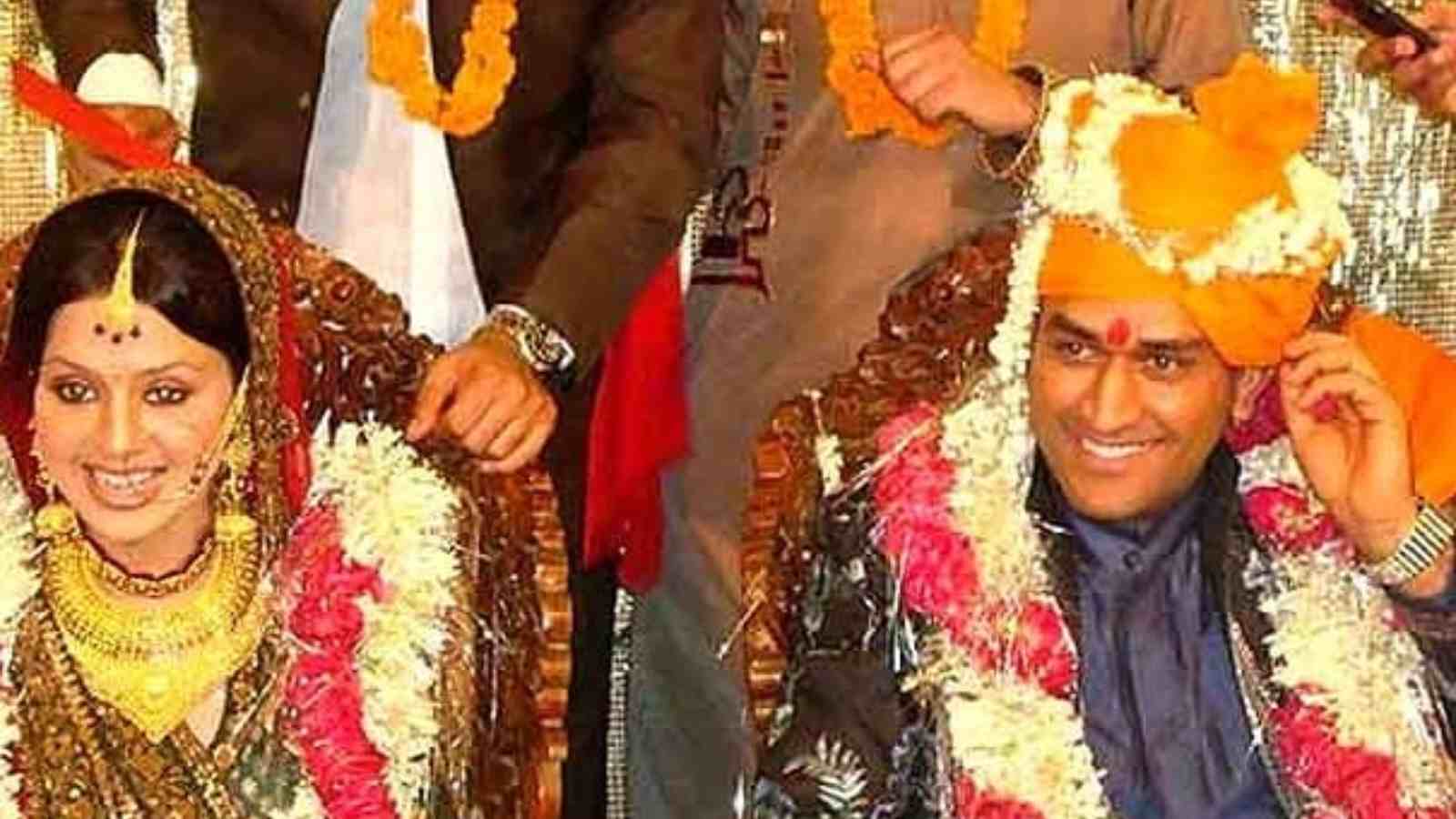 MS Dhoni fans are all over the internet today because on this day, their favourite captain had tied wedding knots with wife Sakshi Singh Dhoni. The couple has completed 12 years of marriage on this day, that is, July 4. MS Dhoni continues to lead a good family life with his wife Sakshi and daughter Ziva.

Dhoni and Sakshi had initially studied in the same school but Sakshi’s family moved to Dehradun early. After ten years the couple met when Sakshi was an intern at the Taj Hotel in Kolkata, and Dhoni was on Team India duty.

At first, Sakshi igored interacting with Dhoni because of so many request from the latter. They began to date in 2008 ad tied knot in 2010 in Dehradum. Their engagement and wedding happened in a day in a private affair. After five years of marriage, the couple got blessed with a daughter Ziva. She was born when Dhoni was leading the Men in Blue in Australia.

Recently the couple arrived in London to celebrate their special occasion in the UK. Dhoni will also turn 41 on July 7 and they might celebrate his birthday in London itself.

‘Thala’ Dhoni is the heart of the IPL franchise Chennai Super Kings. Under him, CSK has got four trophies. For them Sakshi is ‘the first lady’ of CSK.

He might be done with international cricket, but the World Cup winning captain’s almost everything never misses the attentions of the cricket fraternity in India. Fans took to social media to share adorable pictures of the couple to wish them.