“AIR India crew ready hain Padosiyon!”- Pakistani fans are over the moon after India’s mortifying defeat to England in the semis 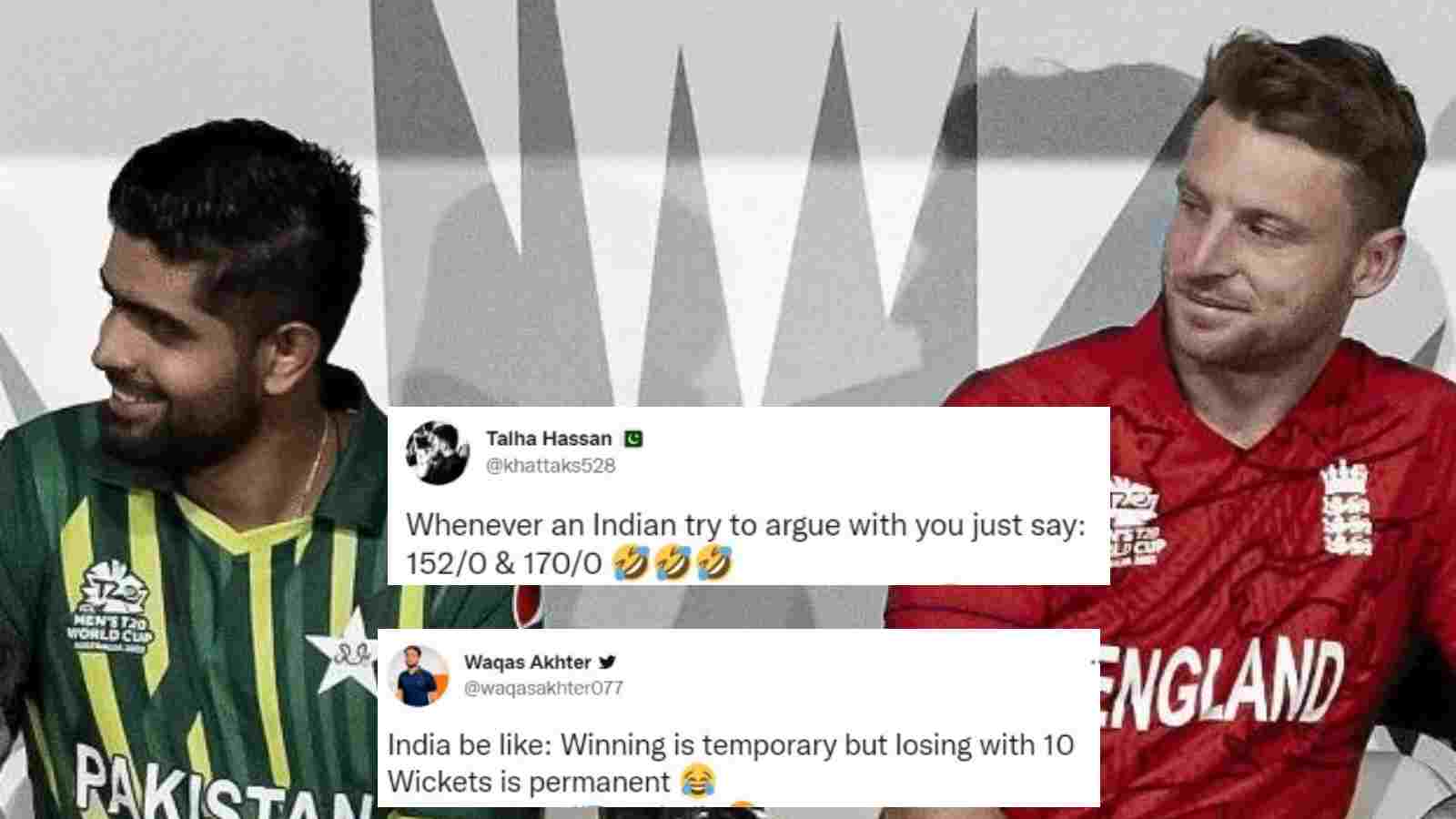 Jos Buttler and Alex Hales hammered the Indian bowlers badly to chase down the 169-run target with 24 balls to spare at the Adelaide Oval on Thursday [November 10]. After India’s mortifying 10-wicket defeat, overjoyed Pakistani fans did not miss the chance to mock Indian fans who had dreamt that their Men in Blue would knock their neighbors out of this World Cup. As the reverse happened, Pakistani fans are over the moon.

India’s not showing up in the high-octane semi-final clash is the main reason behind the humiliating loss. If they had a fiery start, they would have crossed the 180-plus score.

Virat Kohli, who has performed consistently in the World Cup, scored a half-century in this match also when others fumbled against the English bowling attack. Hardik Pandya‘s pedestrian knock raced to 168 following some hard-hitting in the last five overs.

KL Rahul and Rohit Sharma once again failed today. Suryakumar Yadav, who is in supreme form failed to execute a smash and gave away his wicket.

Coming to the bowlers, everyone disappointed. Buttler and Hales attacked both the pacers and seamers and did not let the momentum slip from their side. When Rohit handed the ball to the spinners in the middle overs, Buttler and Hales did not slow their innings but counterattacked Ravichandran Ashwin and Axar Patel.

In the blink of an eye, England crossed the 169-run target to send Rohit and Co. out of the World Cup. Now, Buttler and the team will be facing Pakistan, who are waiting in the final to square off against the winner of the second semi-final.

Both England and Pakistan will lock horns on Sunday, November 13 at the MCG in Melbourne. England will be eyeing revenge for their 1992 World Cup loss to Pakistan.

ALSO READ | WATCH: “Wo jo aankhe dikhata hain na”- Pakistani fans are scared of Virat Kohli; they don’t want Men in Green to play against India in the final

Check how Pakistani fans mocked India after their semi-final exit