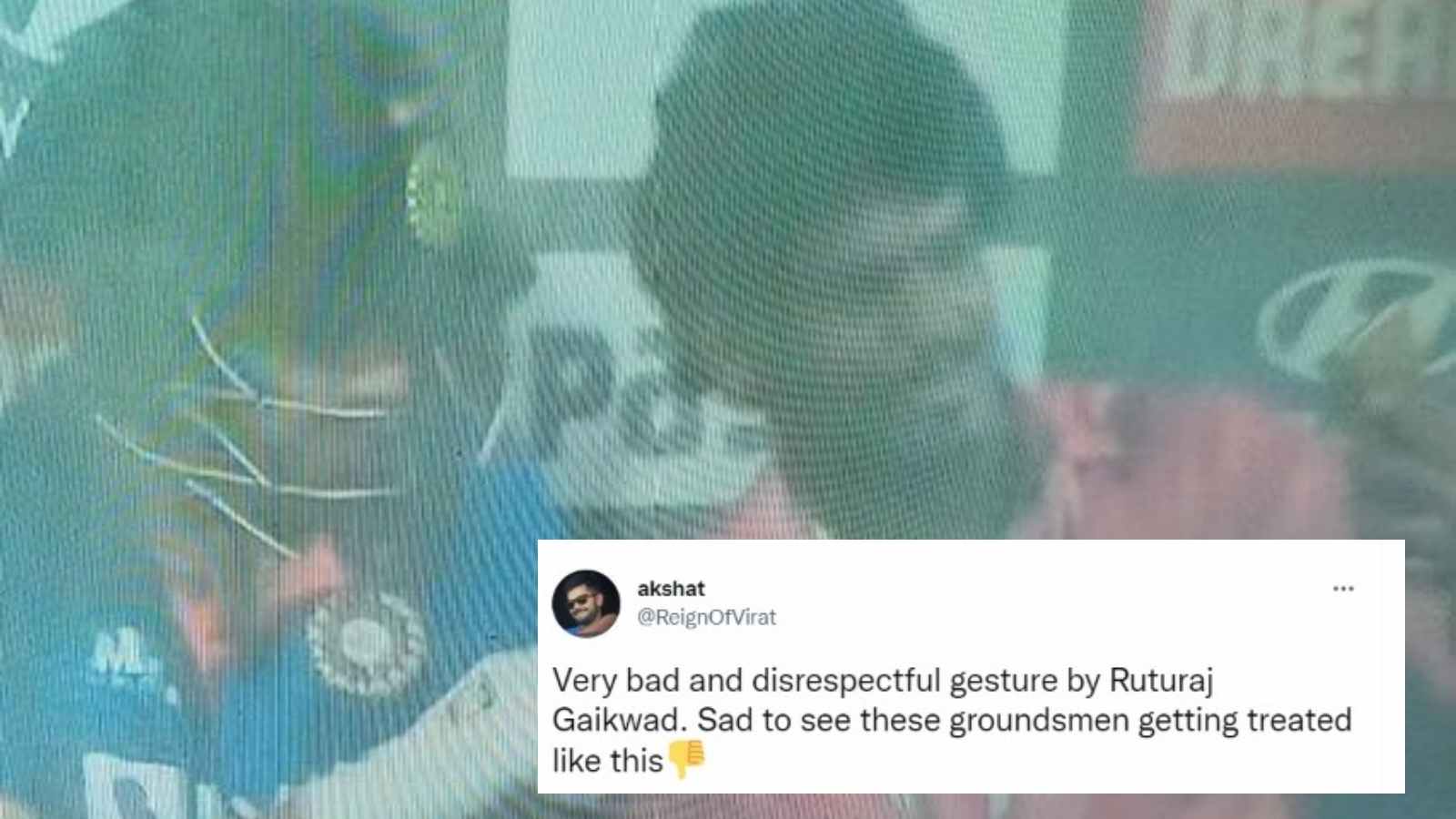 It was an unusual incident taking place before the start of the match. India’s Ruturaj Gaikwad was in the dug-out when his action became a talking point for a while. It seems fans not at all liked the scene that took place inside at the M. Chinnaswamy Stadium in Bengaluru on Sunday, June 19.

It so happened that Ruturaj Gaikwad was padded up; ready to walk out anytime to start batting since rain had delayed the first innings. He was waiting in the dug-out and at that time an Indian groundsman came to him and sat near him. The staff tried to take a selfie with Gaikwad.

But Ruturaj Gaikwad was in no mood for a selfie it seemed and pushed the groundsman and asked to move away. Gaikwad’s reaction could have just a quick reflection, keeping in mind the covid-19 precaution. But the video got captured on camera and not it has stormed the internet. Some fans criticized Gaikwad while other have pointed out as a security breach. Moreover, no one outside of the team and its other members are allowed inside the dugout.

But fans definetely have different opinions if they saw such behaviours from the team players. But they didn’t just stop there. Some even pointed out and blamed Chennai Super Kings, because Ruturaj Gaikwad represents CSK in the IPL. But MS Dhoni‘s CSK have won six Fair Play award till date, also the most by any team in the tournament’s history.

Meanwhile, rain ruined the exitement of the fifth and decider match. Rishabh Pant had lost five tosses in a row, an unwanted record that crossed former India captain Virat Kohli‘s. Losing the toss gave them batting first which only took place one time before a pounding rain made everything impossible.