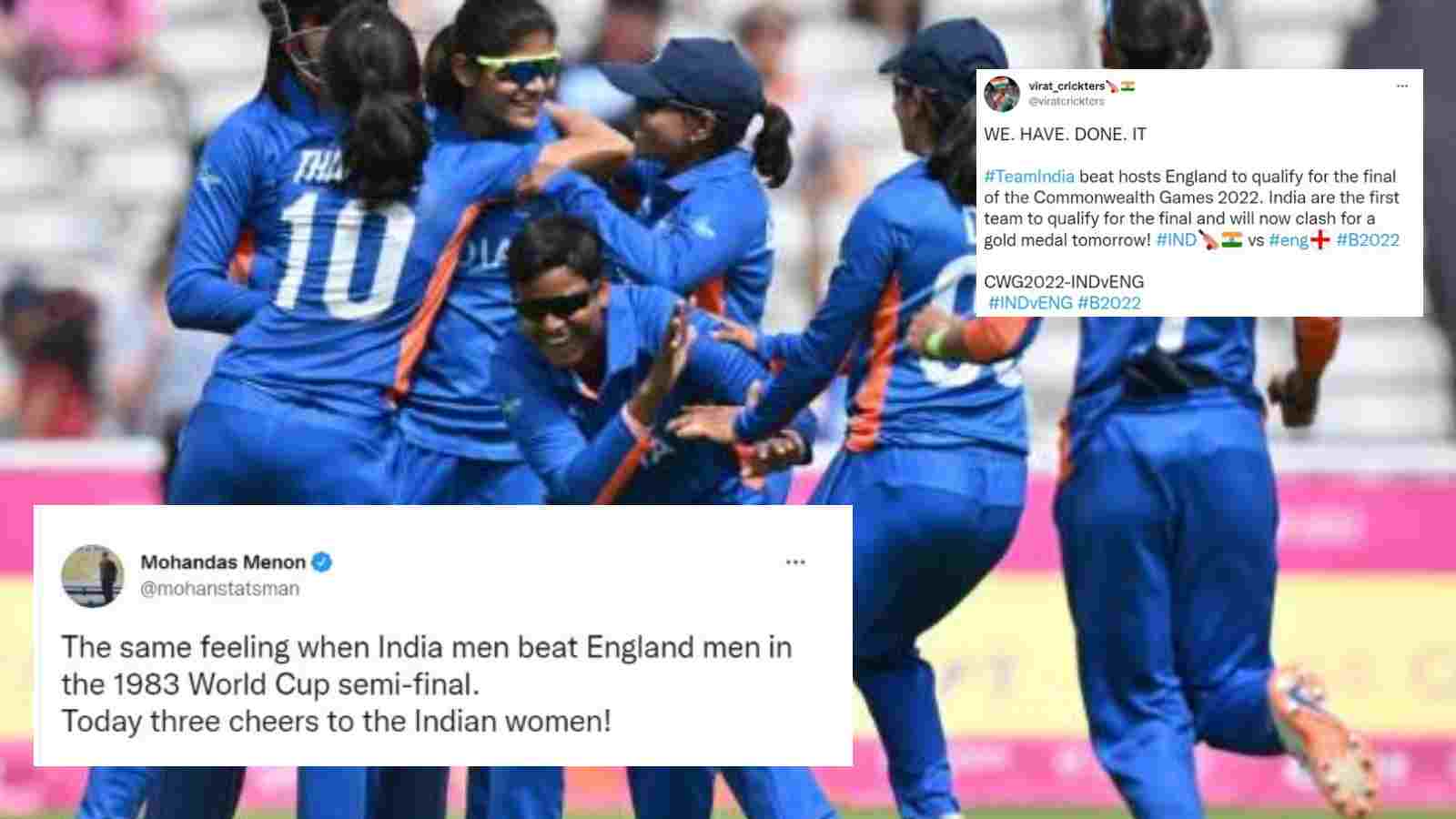 The Women in Blue thrashed the host by four runs to enter the final of the Commonwealth Games 2022 on Saturday, August 6 at Edgbaston, Birmingham, UK.

England needed only 165 runs to win and Sneh Rana showed brilliant performance in the death overs. India had won the toss and opted to bat first.

Opner Smriti Mandhana was the star batter as he smashed eight fours and three sixes to score 61 runs off 32 balls at an excellent strike rate of 190.63. In 8.3 overs, Natalie Sciver‘s slower one did the work and the flamboyant batter was sent to the dressing room.

England responded with opener Danni Wyatt scoring 36 runs off 27 balls before Sneh Rana sent her back. Skipper Natalie Sciver scored 41 runs off 43 balls before Mandhana sent her back with a run-out. Wicketkeeper batter Amy Jones was also a victim of run-out, which was done by Radha Yadav. Jones scored 31 runs off 24 balls. Till their alloted 20 overs, England failed to score the remaining four runs and India avenged their World Cup 2017 defeat by thrashing the host by four runs. With this win, India has reached the finals of the Commonwealth Games 2022.