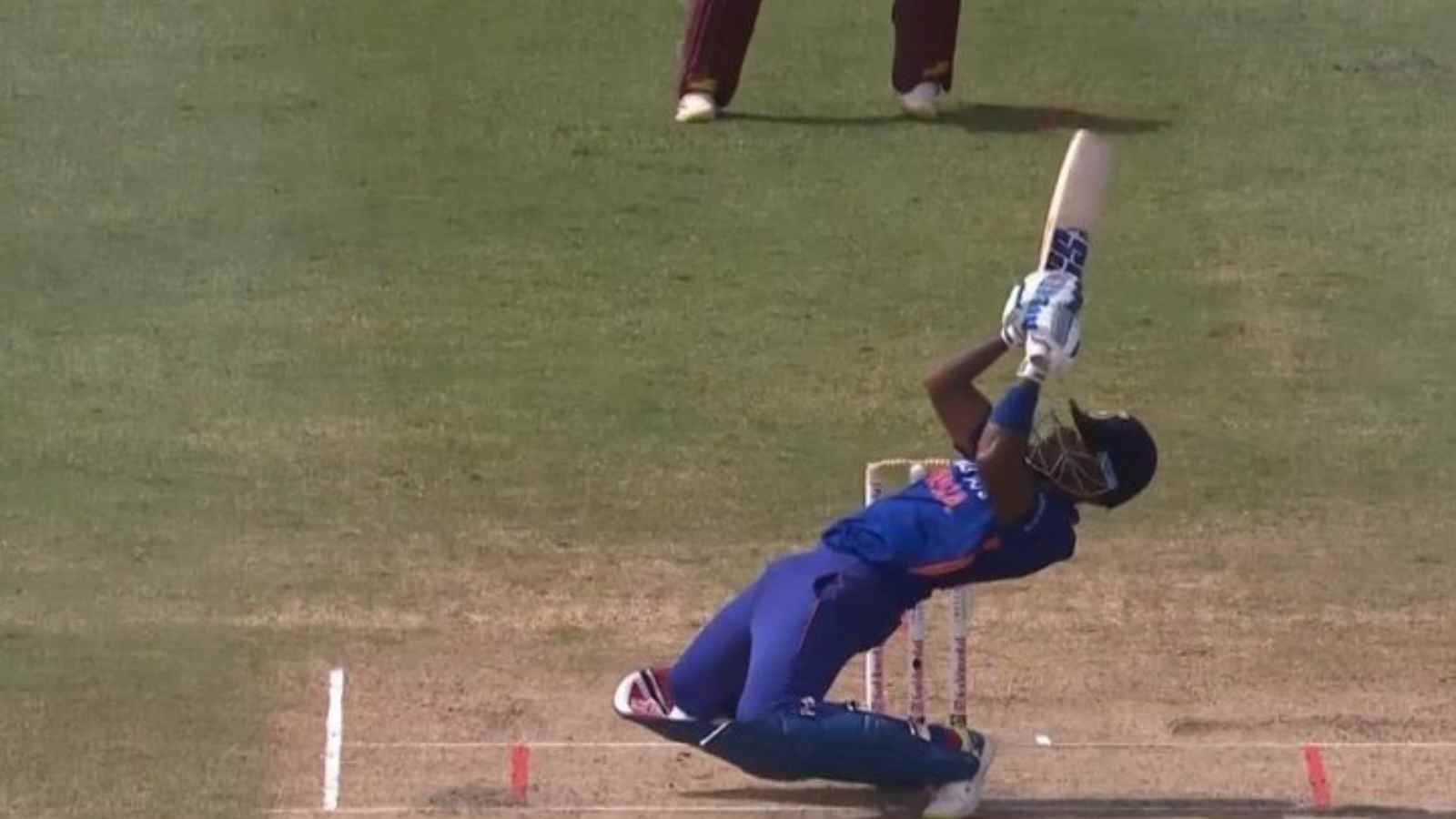 West Indies were asked to bat first and they set up a decent target of 165 for India on Tuesday, August 2 at the Warner Park in St Kitts. Apart from Kyle Mayers, no other West Indies batters could get past even 30 runs. Mayers was the highest scorer as he smashed eight boundaries and four sixes to score 73 runs off 50 balls.

India responded with openers Rohit Sharma and Suryakumar Yadav walking out to bat but the former had to walk back because he was retired hurt. He scored 11 runs off 5 balls with a four and a six.

Suryakumar Yadav was the start of the innings as he smashed eight fours and four sixes to score 76 runs off 44 balls with an impressive strike rate of 172.73. In the 14.3 over, Dominic Drakes bowled a full and wide ball and Yadav wanted to put a big stride outside the off stump but swept it away but he wasn’t in the control of the bat. The ball went off the top edge and flied down to fine leg where Alzarri Joseph caught it safely.

Shreyas Iyer scored 24 runs off 27 balls with two boundaries but Akeal Hosein sent him back with a nicely flighted length ball. Iyer used his feet to get to the pitch of the ball but ended up walking past the ball. Devon Thomas behind the stumps dislodged the balls.

Wicket-keeper batter Rishabh Pant then smashed three boundaries and a six to score 33 runs off 26 balls. India scored 165 runs by losing three wickets and won the match by seven wickets. Win this win, they are now ahead of West Indies with the lead of 2-1.