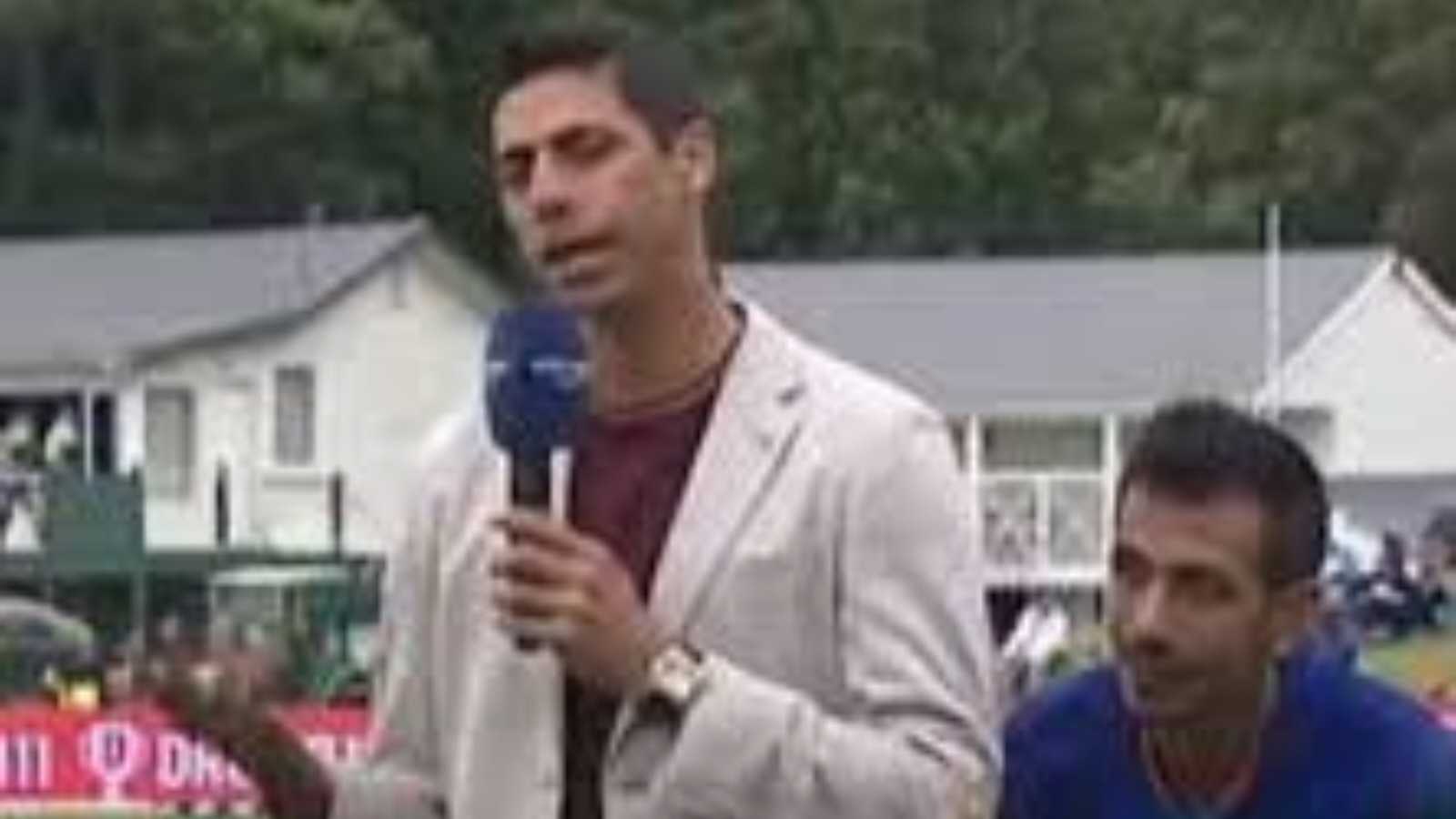 Ahead of the ODI series decider on Wednesday (November 30), Team India leg spinner Yuzvendra Chahal was spotted hiding behind Ashish Nehra who was discussing India’s playing XI. This left the commentators as well as the fans in splits.

This happened during the pre-match segment of the 3rd match between India and New Zealand. Chahal hid behind Nehra after which the latter asked the leggie if he was going to open the batting.

Chahal is known for his hilarious jokes and memes. He makes the fan laugh out loud due to the tricks he plays on other players. During his time with the Rajasthan Royals franchise in the Indian Premier League 2022, Chahal made fun of himself by sharing that if his post gets 10 thousand retweets, he will open the innings with Jos Buttler.

Yuzvendra Chahal has bagged two wickets from the two T20Is he played against New Zealand. But he remained wicketless in the ODI series. The Kiwis won the first ODI, while the second got washed out due to rain and the third faced the same result so the Kiwis won the three-match ODI series by 1-0.

Watch the viral video of Yuzvendra Chahal as a “Coolie”

Before the third ODI, a video surfaced online and broke the internet. It was of Yuzvendra Chahal carrying four bags which happens to be his wife Dhanashree Verma’s. Chahal is popular for his funny reels, but this time it was ODI skipper Shikhar Dhawan who made fun of the leggie with a hilarious reel.

Dhawan posted the reel with the caption: “See, Mr. Chahal is working as a “coolie” today and carrying four bags.” In that video, he asked Dhanashree why Chahal is carrying extra luggage to which she said of her having some leg pain.

ALSO READ | “Compare my numbers when I’m 30-32, no logic before that”- Rishabh Pant irked by question related to his form in white-ball cricket