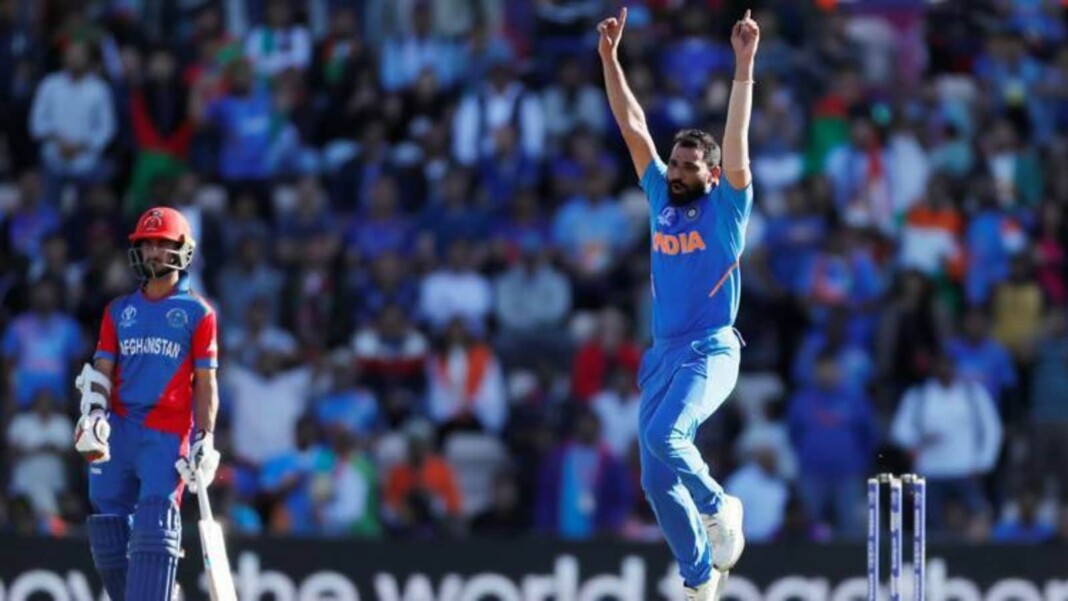 On this day last year, Indian fast bowler Mohammed Shami took a hat-trick against Afghanistan and became the second Indian to do so in the 50-over World Cup after former fast bowler Chetan Sharma, who bagged the hat-trick against New Zealand during the 1987 edition. Shami’s exploits helped India register an 11-run win against Afghanistan at the Rose Bowl in Southampton.

Chasing a modest target of 225 runs, Afghanistan had a poor start and then lost two quick wickets in middle-order. Asgar Afghan and Mohammad Nabi tried to build the inning but the former ended up losing his wicket to spinner Yuzvendra Chahal. Nabi then kept strike at one-end and built brief partnerships with Najibullah Zadran (21) and Rashid Khan (14).

Shami bowled the final over of the inning and Nabi hit a boundary off the first delivery. Nabi gave away an easy catch to Hardik Pandya at long-on on the third delivery which ended his 52-run innings. Shami then continued his sublime form and took another two wickets to complete his hat-trick as he bowled both Aftab Alam and Mujeeb Ur Rahman respectively.

India paceman Shami joined an elite club of bowlers who have taken a hat-trick in ICC World Cup. He achieved the feat on Saturday (June 22). Shami, who was playing his first match of the tournament, had to defend 16 in the final over. He not only made sure that he defended the runs, he also took a hattrick.

Sri Lanka’s Lasith Malinga is the only bowler to take two hat-tricks in the World Cup. Also, he holds the record of taking four wickets in four balls against South Africa in the 2007 edition.

So far, there have been 11 hat-tricks in World Cup history. Sharma was the first to enter the elite club. Mohammad Shami is the 2nd Indian in the world to take World Cup hattrick.