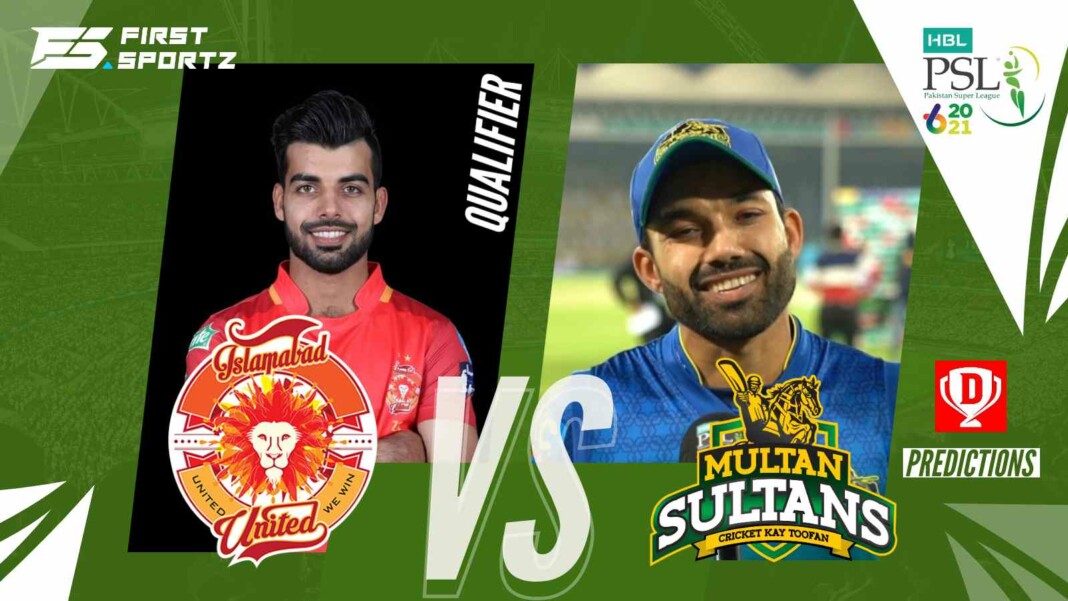 The qualifier of the Pakistan Super League (PSL) 2021 will take place between Islamabad United (IU) and Multan Sultans (MS). Both sides will lock horns for this clash on June 21, 2021, at the Sheikh Zayed Stadium in Abu Dhabi, UAE. The game will kickstart from 5:00 PM local time – 6:30 PM (IST) onwards and will be streamed live on Sony Sports Network and Sony Liv.

The Shadab Khan-led side finished at the top position of the Points Table with eight wins in ten matches. On the other hand, Mohammad Rizwan’s men were spotted second in the charts with five wins and as many losses in ten games.

Moreover, IU emerged victorious on both occasions when these two sides met in PSL 2021. After winning the first match by three wickets, the Islamabad-based franchise clinched the second game by four wickets. But it will be interesting to see how things turn out in this clash as the winner will directly advance towards the final. On the other hand, the losing team will play the winner of eliminator 1 tomorrow.

Let’s look at our fantasy 11 predictions for this clash and here are the top picks for ISL vs MUL.

Here are our three picks for probable Dream11 Fantasy captain for ISL vs MUL:

Here are our three picks for probable Dream11 Fantasy vice-captain for ISL vs MUL: