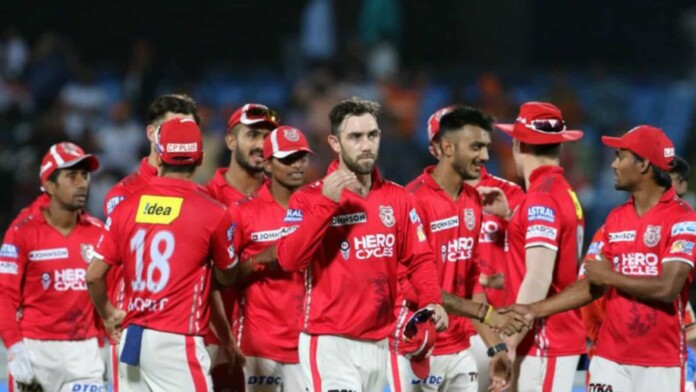 IPL is a different format of cricket than most. Not just in the number of overs but its overall packaging. It is a unique confluence of entertainment and sport. The first of its kind in cricket and a very successful one at that. Thus, there is never a dearth of drama in the months the IPL brings its caravan to world television.

However, there is one particular team that outdoes even the IPL in the drama quotient – it is Punjab Kings or the erstwhile Kings XI Punjab. Right down from their co-director Preity Zinta dancing in the aisles with frenzied flag fluttering to their players sobbing, it is a team that has given the viewers plenty of dramatic moments.

They have also had plenty of top players turn out for them, entertaining the worldwide audience with their fearless brand of cricket. This took them one short of all the way in 2014. Punjab have also had Orange Cap and Purple Cap winners and thus, it makes for an intriguing exercise in picking their best ever cricketers and fitting them into a team.

For the purpose of full disclosure, in selecting the XI players for our side, we have kept certain soft guidelines. Firstly, importance has been given to Punjab’s most successful period, particularly, the 2014 season. Secondly, a strong consideration has been made on the home conditions of the team. In Punjab’s case, Mohali is a fast wicket that has bounce and long square boundaries. Thirdly, the captain’s style of leadership has been taken into account. Finally, the team will comprise no more than four overseas players.

Punjab, strap on your seat belts – here we go with your best IPL team!

Orange cap winner from 2008, Shaun Marsh, is an easy pick to open the batting for Punjab. The Australian has 2477 runs for the franchise in 10 years and scored a century en route to 616 runs in the inaugural season where Punjab were beaten in the semi final.

Accompanying him at the other end is perhaps India’s finest T20 batsman at the moment, KL Rahul. The Karnataka boy has found true form and a home at Punjab, piling on the runs with unquestionable panache and consistency. Given the solidity of Marsh, Rahul can have the licence to play freely, making him more dangerous. He will also be the skipper of the side.

Wriddhiman Saha walks in as the floater at number 3. In fact, his strike rate of 169.05 is the highest for any batsman in the powerplay who has faced more than 30 balls. Thus, in case of an early wicket, Saha can come out and assume the role of an aggressor. Furthermore, Saha has one of the safest hands in world cricket and will keep wickets for Punjab, allowing Rahul to captain from the outfield.

At number 4 is the mighty Glenn Maxwell who was a game-changer for Punjab in 2014. He set the tournament alight in its initial phase in the UAE. Maxwell won Player of the Tournament for his exploits this season. Once again, Maxwell will have enough batting around him to play fearless cricket. The Aussie X-factor player also provides an over or two of off spin if required.

At number 5 is Punjab’s miracle man, David Miller. The South African has played some blinders for his side. One can never overlook his miraculous century against RCB at the PCA Stadium in Mohali. He scored 101* off 38 balls to pull off an unlikely victory. Aside from his heroics, Miller has also been consistent for Punjab, scoring nearly 2000 runs at an average of 35.35 and a strike rate of nearly 140.

Following Miller is yet another all-rounder – India’s Yuvraj Singh. He is a legend of the game and an elite cricketer who can play in all gears. In fact, Miller and Yuvraj can bat interchangeably, depending on the team’s cause. Yuvraj has the ability to tailor his batting according to the situation of the game. Further, his handy left-arm spin provides the captain with another bowling option. Yuvi will also bring leadership experience to the team.

Irfan Pathan and Axar Patel complete the all-rounders quota. Pathan has been a successful bowler for Punjab, picking up 47 wickets and can open the bowling. Given he bowls in the Power Play overs, his economy rate of shade under 7.8 is commendable. Axar at 8 provides a long tail to Punjab. The all-rounder won Emerging Player of the Year in 2014 where he bowled economic spells and added some handy runs with the bat.

Piyush Chawla’s leg-spin adds variety to Punjab’s bowling attack. He is one of the premier spinners of the IPL and played in Mohali for six years between 2008 and 2013. In this time, he picked up 84 wickets. He will like bowling at home too, given the length of the square boundaries.

Finishing off Punjab’s team is the pace duo of Mohammed Shami and Andrew Tye. Shami is an elite pacer and his display of jaw slacking Yorker accuracy in the Super Over against Mumbai Indians. Shami is capable of bowling across phases of a T20 innings and generates good pace. He will relish the pitch at Mohali which normally has a bit of spice.

Meanwhile, Tye is a dependable wicket-taking death overs specialist. The Australian won the Purple Cap playing for Punjab in 2018. In this season, his slower balls were particularly difficult to pick and it enabled him to scalp 24 wickets.