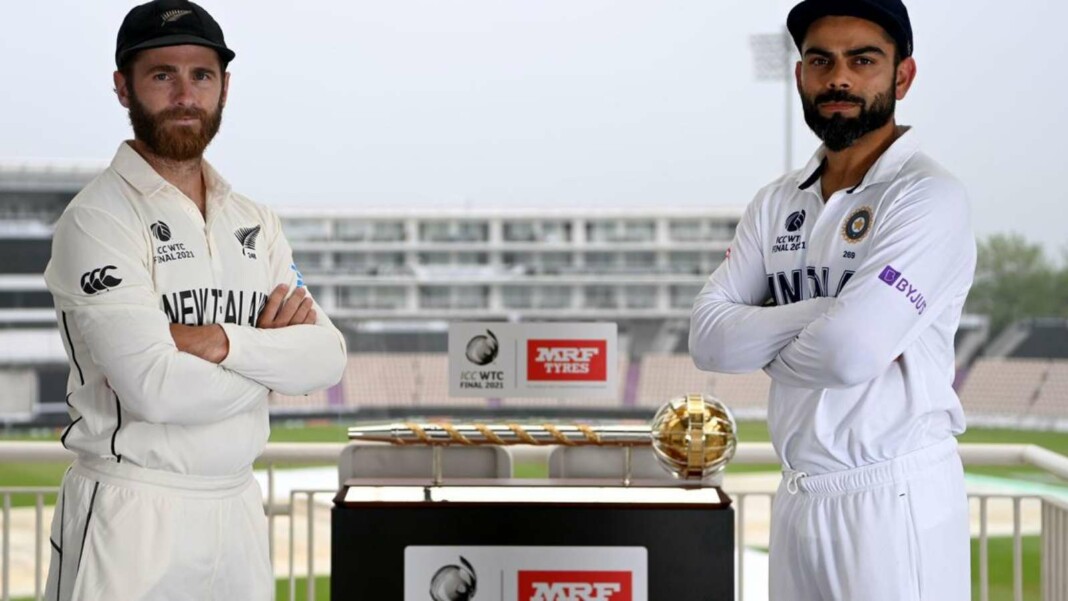 Come rain, sun or pandemic, England has long been seen as the spiritual home of cricket. The ultimate place to play the game. With all its history, romance and a tinge of the gentlemanly class, this seems to be the place you immortalize yourself in the annals of our great game.

Despite the progress of India as a financial behemoth and all the soft power that is associated with it, there remains an unmistakable charm about cricket in England. It is an inexact science as to why might that be. Perhaps the dong of the bell at Lord’s, the name on the honours board or the gentle applause from the folks in formals.

Maybe the moist air of a cool, breezy morning that brings with it a mood of inevitability as you sip on your morning tea and await your captain’s walk back from the toss to know whether you would be tucked away in the warmth of your jumpers in the dressing room or crouch down in the slip cordon awaiting the red cherry to come your way via the outside edge of the opposition bat.

Or maybe it is because of the tradition of the country with the game. The oldest set of laws of our game was scripted here. It dates back to 1744 when a handkerchief was used to agree on how to play the game. More as a dictum for the purposes of fair betting than the game itself. In fact, the game was only accepted by the nobles in the 18th century because of the upsides and opportunity it provided to hedge bets and win money.

Then there is the English media, with a penchant for the dramatic to sell their newspapers. The headlines on the back pages have always been a dormitory of barb and banter. Sometimes direct and at other times, piercingly funny. One where you have to spare a laugh, even if it is at your expense. Starting from “the death of English cricket” in 1882 to “Go Urn My Son” after Headingly, 2019 – there is something about performing in England. As a package, England really is unlike any other place that plays the game.

That is perhaps why England hosts so many historic ICC events – the first three ICC World Cups were played on English soil before venturing out to different parts of the world. The most recent World Cup was also held there as were the 2013 and 2017 ICC Champions Trophies. And in 2021, it is England hosting the first-ever ICC World Test Championship final.

However, the host country is not the only common thread between these four events. Unfortunately, so is rain delay. Every ICC tournament held in England since the start of the previous decade has been hampered by weather.

In the 2013 Champions Trophy, 4 out of 15 games were either washed out or curtailed, the number rose to 5 out of 15 in the 2017 edition of the tournament, and in the 2019 World Cup 7 out of 48 games were affected by the conditions. These amount to 20.51% of all available games unable to reach a natural, uninterrupted conclusion because of the weather.

Natural and interrupted are key words in this context. The games that are washed out completely still means that teams at least share a point. It is perhaps not fair on some teams – especially when heavyweights face minnows because that essentially is a point dropped for the favourites. These matters have implications on the final standing of teams on the points table. For example, Pakistan’s game against Sri Lanka in the 2019 World Cup, where the former were the favourites, was washed out and they eventually missed out on qualification on net run rate. New Zealand was the beneficiary.

However, perhaps even worse are games that are interrupted by rain. The changes caused by it to the pitch and outfield outweigh any perceived advantage of chasing a lesser score than the opponent may have set had the game been shortened from the outset. For the uninitiated, it translates to a team playing more attacking cricket if they knew ahead of time the match, for example, would be of 20 overs instead of 50.

The most recent rain-curtailed game in an ICC event prior to the WTC final is a perfect example of the complete change in conditions caused by rain. The World Cup semi final, which will bring back forgettable memories for Indian fans, completely changed dynamics as the game went into a reserve day due to rain. The overhead conditions, sudden moisture on the pitch and the new ball meant the second innings was played in a completely different situation as compared to the first.

What followed is common knowledge – the Indian top order’s frailties against the swinging ball was exposed and not even a late blinder by Ravindra Jadeja after an MS Dhoni inspired rescue act could salvage the game. Had the first innings been played under similarly helpful conditions for the seamers, the likes of Bhuvneshwar Kumar, Jasprit Bumrah and even Hardik Pandya, who has a fifer in England, may have restricted New Zealand to a lower score.

One end of the argument is that, cricket as a game, is a test of skill that includes those required to counter external factors like weather. However, this discounts all concerted effort to ensure both teams get as equal an opportunity to play, discounting external factors. Which is why day-night ODI games in India have been preponed by an hour from the days of the 2:30 PM IST starts. This was done to make sure the dew does not unfairly aid the chasing side.

The question would thus be – what is the alternative? Cricket cannot be played indoors. That is just not how the game is – sanctity or whatever platitude one would like to attach to it. However, the ICC can perhaps more effectively factor in weather forecasts before scheduling tournaments in a particular part of the world. Take the cue from FIFA, perhaps a bigger global body in terms of popularity and wealth in the sport they govern, have changed the entire footballing calendar to make sure the Qatar World Cup in 2022 happens in optimum weather conditions.

There must come a quick realisation that the sanctity of any sport is best preserved when the players are allowed to exhibit their skills in optimum conditions. Take the India vs Australia series for example – 2001 or 2021; the 2019 World Cup final or indeed the 2019 Ashes Test from Headingly. The reason people remember games of cricket is for the cricket that is played.

It is baffling thus that the final of the WTC would be scheduled in England in the month of June. Because, in all three previous occasions, the ICC tournaments that were impacted by rain was either held entirely or majorly in June. Unfortunately, it seems as though the ICC learnt little from 2013, 2017 and 2019.

And these unlearnt lessons, rather grievously, has taken away from the spectacle of the most prestigious occasion of the game’s oldest and truest format. It is a shame because this very format is a dying art – in terms of players being trained to pursue it and viewers wanting to watch it. At a time, the game is constantly innovating itself with various new formats, the last thing Test cricket needed is a rain-impacted game in essentially the first ever World Cup final of the format.

Especially now. When England, hosts themselves, planning an even shorter format of the game with The Hundred. What is further dismaying is that just a few hours of rain, or even a day of rain, does not entirely spoil a Test match. Not in England at least, where results can be obtained in four days. Nor does it tilt balance as much as it does in shorter formats.

That is the beauty of Test cricket – it tests a team over five days. Tests not just cricketing skills, but those of determination, resolve, character, pain barrier and everything else life is about. And yet, it has rained so incessantly that only a strange but unsurprising Indian batting collapse has afforded enough time for a result.

And winning because of a collapse is not the issue. But weather constantly impacting matches of cricket at a particular venue is. Both teams are conspiring in different ways to give the viewers a result – quite remarkably despite the conditions, not because of it. Look at India vs Austalia in Adelaide or the one in Sydney – that is how Test matches should end in no contests, quite literally and by means of a draw.

Tokyo Olympics 2020 Medal Tally: Here is the complete list of medals won by each nation at the Summer Games – 28th July