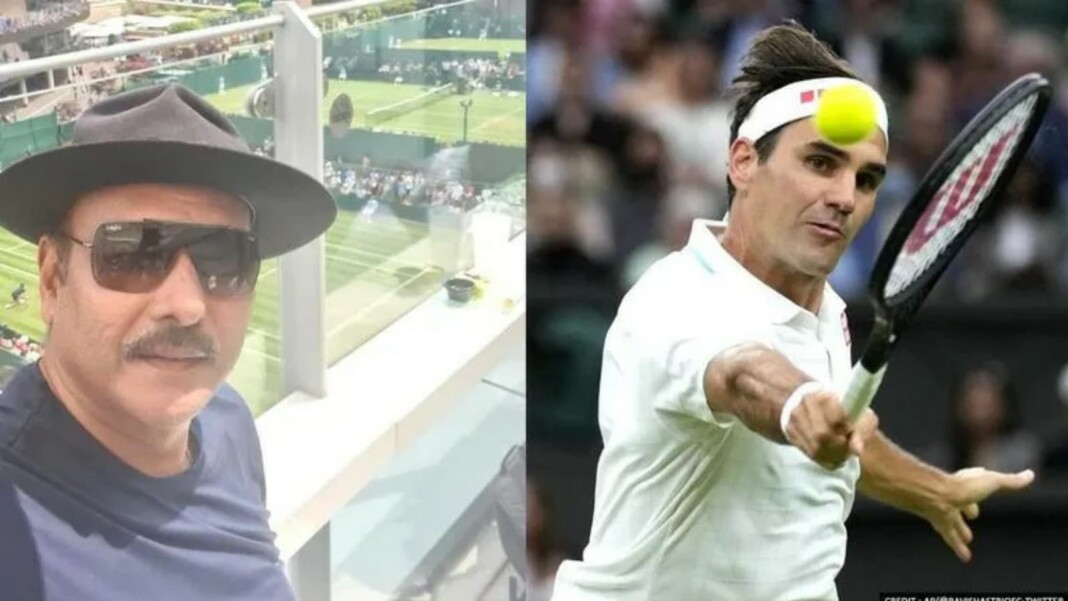 Team India’s head coach Ravi Shashtri who is currently enjoying time off after the World Test Championship (WTC) Final, went to watch Swiss tennis maestro Roger Federer’s second-round match in the ongoing Wimbledon tournament at Centre Court. Roger Federer locked horns with French tennis player Richard Gasquet in the second round of the tournament, winning in straight sets. Ravi Shastri and Team India are currently on a break before the 5 match Test series begins in August.

Ravi Shastri on Thursday took to his Twitter handle and shared his picture ahead of the Roger Federer vs Richard Gasquet Wimbledon 2021 match. Shastri wrote that it is great to be back at Wimbledon with ‘Great Tradition’.

India may have missed out on the World Test Championship (WTC) title last month, but many members of the contingent including head coach Ravi Shastri are currently capitalizing on the 20-day break before the start of the Test series against hosts England.  Members of the Indian camp have a three-week break before they regroup in the UK on July 14 for the five Tests against England beginning in Nottingham from August 4. Meanwhile, Shastri relished the experience of watching the ongoing Wimbledon Championship.

Following India’s eight-wicket defeat in the WTC final, Shastri had labelled New Zealand as the “deserved winners” following their longest wait for a world title. However, India’s eight-year wait for ICC silverware stretched further after suffering a defeat in the rain-marred Test in Southampton.

Recently, wicketkeeper-batsman Rishabh Pant was also spotted watching the Euro 2020 Round of 16 clash between England and Germany. Pant, who was at the Wembley Stadium for the high-octane tie, shared his picture from the stands. “Good experience watching,” he wrote as England beat Germany for the first time in a tournament knockout since 1966.