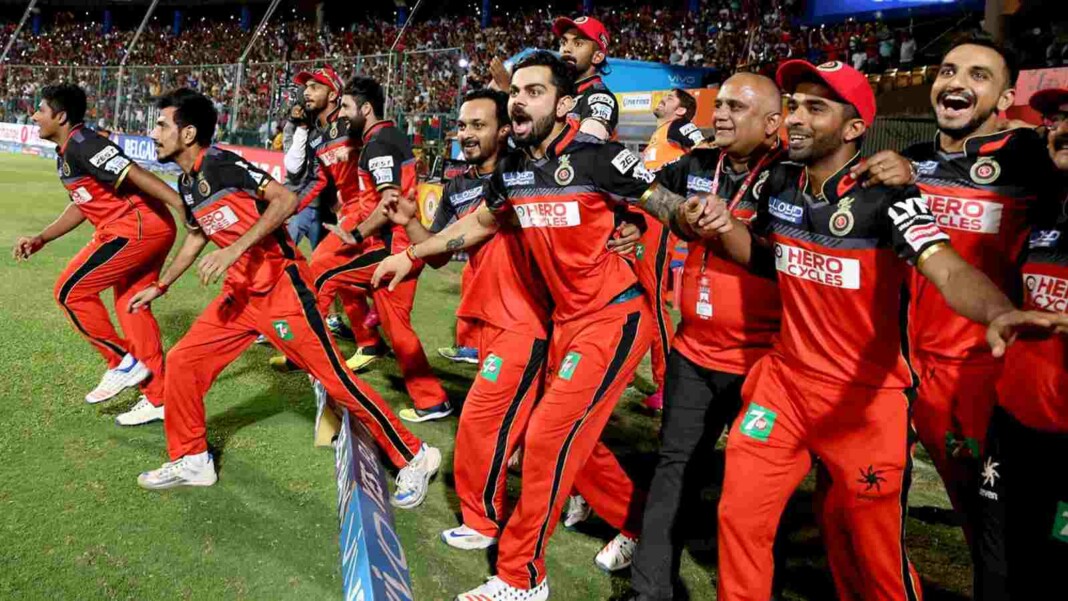 Royal Challengers Bangalore are perhaps the most entertaining team of the IPL. Maybe this entertainment factor will not hold up once they do finally manage to win the trophy. The love-hate relationship of the franchise with the tournament is what makes them a viewing spectacle for the three months it graces the cricketing world.

RCB is a constant source of unpredictability. It is almost as though their mantra of consistency is to be inconsistent. It defies belief, though, how this team – studded with a galaxy of stars – are yet to win the tournament. Especially when one goes through the list of records broken and set by RCB throughout the competition.

Somehow, one feels, RCB are suffering from the big-game block. They cannot seem to overcome the final hurdle. The team has made three finals and have ended up on the wrong side on each occasion – 2009 under Anil Kumble, 2011 under Daniel Vettori and 2016 under Virat Kohli.

Thus, there are plenty of good seasons to pick the team from. However, there will be notable absentees in this 11, given the balance of the side picked.

For the purpose of full disclosure, in selecting the XI players for our side, we have kept certain soft guidelines. Firstly, importance has been given to RCB’s aforementioned most successful periods. Secondly, a strong consideration has been made on the home conditions of the team in their successful periods. In RCB’s case, the Chinnaswamy Stadium is a batting paradise and also a small ground where run scoring is easy. Thirdly, the captain’s style of leadership has been taken into account, combined with the team’s historic Achilles Heel – all-rounders and bowling depth.  Finally, the team will comprise no more than four overseas players.

Chris Gayle will open the batting for RCB. His record at the top is phenomenal but what trumps that is the impact he has had on the tournament. The big Jamaican has shaped the way one views T20 cricket and, over the years, given the fans a plethora of absolutely unforgettable moments. Gayle’s 175 against Pune Warriors India will perhaps never be bettered.

Joining him at the top is Virat Kohli who will also lead the team. Kohli usually bats at 3 but his 2016 season at the top is beyond description, comparison and superlatives. 973 runs in one season is unthinkable. Not even Gayle could scale that feat. This record, like the aforementioned 175, will perhaps never be touched.

KL Rahul has played only two seasons for RCB, however, was a key figure in the 2016 campaign which saw RCB finish agonizingly short of the trophy. He is also a classy batsman who can play in all gears. A modern day T20 great, Rahul can even bat interchangeably with Kohli. Rahul’s strike rate of 146.49 in 2016 is also his second quickest in the tournament’s history.

At number 4 is the team’s floater Rahul Dravid. A class act, Dravid will guard against collapses which RCB is wont to once or twice every season. His solid presence will provide protection against a familiar weakness of the team. If the team gets off to a flier, he can bat down the order.

Following him, at number 5 on the team sheet, is AB de Villiers. This man is a genius that refuses to wane. At different points in the tournament, de Villiers has reverse swept, lap swept, and ramped the quickest bowlers to have ever played the game. Fearless, extraordinary and innovative, de Villiers has displayed wowing range – both with ability and shot making execution.

A real problem for RCB has been dependable all rounders who give the captain options to rotate in the small Chinnaswamy ground that is merciless for bowlers. Shane Watson, thus, is in the team to add a sixth bowling option. Watson did not have his best days with the bat in RCB colours but picked up 20 wickets in the 2016 campaign, which helps him make the cut above pure batsmen like Ross Taylor.

At number 7 is Washington Sundar. Once again, his bowling ability helps him pip Robin Uthappa. RCB have enough batting ability in the top 6 and would much rather need a bowler in this spot. Sundar has shown commendable prowess bowling with the new ball in the powerplay which will help RCB save one of their premium pacers for the death.

This pacer will be Mitchell Starc who will bat at number 8 and be tasked with bowling the end overs. The Aussie’s IPL story has mostly been the narrative wherein he has been conspicuous by his absence. But, in his presence, has picked up 34 wickets in 27 games at an economy of 7.14.

At number 9 is Anil Kumble. The man of the match winner from the 2009 final is a legend of the game and his three years in the tournament showed how good he was at the shortest format too. Kumble’s economy rate of 6.65 is gold standard in T20 cricket and he also picked up 53 wickets in 51 games.

The second pacer is Zaheer Khan. A relatively forgotten man for RCB, the left-armer picked up 49 wickets in 44 games at an economy rate of 7.89, while primarily bowling in the Power Play and the death.

Rounding off the team is Yuzvendra Chahal. While he will be the second leg-spinner in the team, his style is different from the quickness of Kumble. Chahal is slower in the air and does not mind floating one up to get a wicket at the cost of being hit. He has 125 wickets for RCB in just 105 games at 7.76 economy rate.