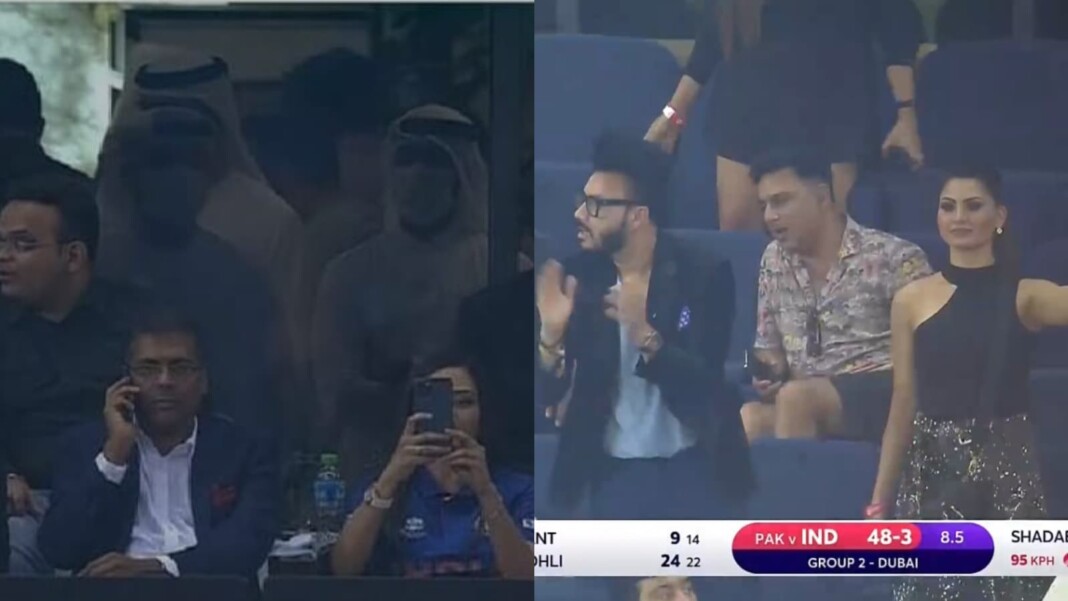 The biggest rivalry of the cricket fraternity is here as India is battling it out against Pakistan in their respective first matches of the ICC Men’s T20 World Cup 2021. Playing at the Dubai International Cricket Stadium, India and Pakistan are producing one of the most enthralling T20I games of all time.

While the fans were enjoying the match, three people from the stands caught the attention of the cricket fraternity. India’s veteran opening batter Shikhar Dhawan, Bollywood actor Akshay Kumar, and actress Urvashi Rautela were spotted in the stands enjoying the game. The three notable personalities could be seen in the stands alongside the Board of Control for Cricket in India (BCCI) secretary Jay Shah.

The proceedings at the Dubai International Stadium commenced with Pakistan skipper Babar Azam winning the toss and opting to field. Batting in the first innings, India faced trouble in the first over only. Shaheen Afridi stuck early in the innings as he dismissed opening batter, Rohit Sharma, on a golden duck.

India received another massive blow as KL Rahul walked back to the pavilion in the third over followed by the wicket of Suryakumar Yadav in the sixth over. However, India finally returned back to the track as Virat Kohli flaunted his class and character in the middle. He scripted a crucial partnership with Rishabh Pant to bring some stability for India.