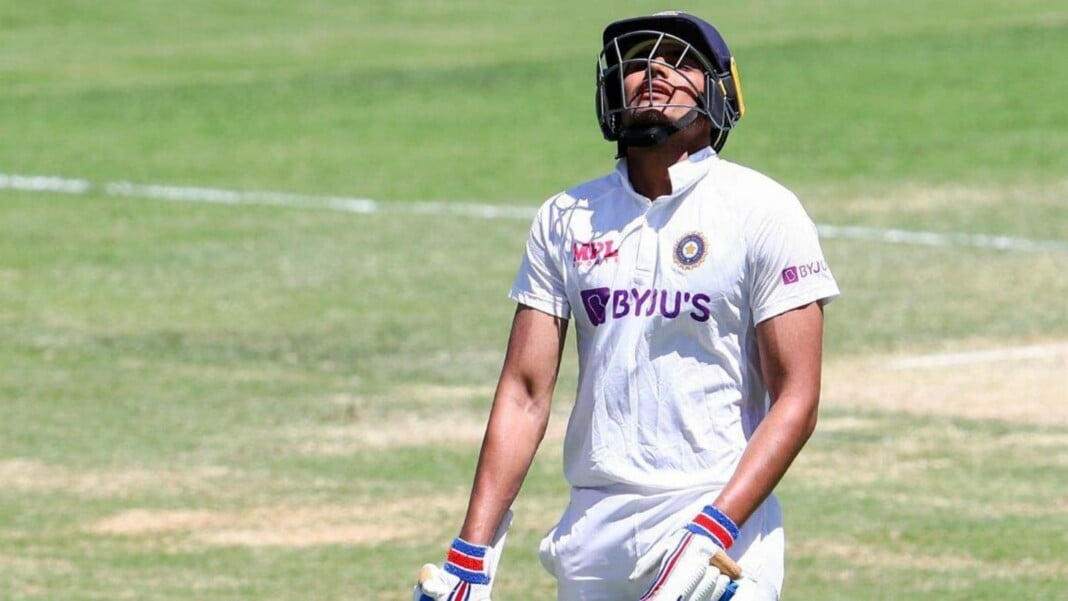 ‘One man’s pain is another man’s gain’ is a common adage. Usually it is saved for figurative references but in the case of Shubman Gill, it is rather unfortunately very literal and thus it has raised the need for a Gill injury replacement. The young opener has sustained an injury to his lower leg and will thus miss the opening Test match against England, scheduled to begin from 4th August.

The exact nature and extent of Gill’s injury are unknown. However, preliminary reports indicate that Gill had been carrying a niggle on his leg – which leg still unknown – for a while and now that has been augmented to concerning proportions for the team, not least the player himself. Certain reports are also doing the rounds stating that the injury may either be on Gill’s shin, calf or hamstring.

Gill had started in the WTC final as well as on India’s previous assignments, against England at home and on that famous tour to Australia. Thus, his absence will cause India to rejig their approach somewhat. India possesses good depth in all positions at the moment. Experience, however, is missing. There are four players who could potentially replace Gill in the first Test match and going forward if he remains sidelined for longer.

Here are four players who could replace Gill in the away series against England.

Mayank Agarwal is the likeliest to replace Gill at the top of the order. It will, in essence be a straight swap. Although Gill technically replaced his former U-19 teammate Prithvi Shaw, it is Mayank’s place he usurped as Rohit Sharma was awaiting quarantine protocols in Australia to take the other opening slot.

Agarwal was perhaps the most in-form opening batsman in Test cricket since his debut. However, underwhelming tours to West Indies and New Zealand eventually led to his ouster in Australia. Despite his recent travails, Mayank averages above 45 in Test cricket with two double centuries. If selected, this will be his first Test match in England.

In case Mayank Agarwal is overlooked, his fellow Karnataka cricketer could be the likeliest replacement for Gill. Rahul is the most experienced among the available congregation. However, he is also the one who has been given the most chances without consistent success. His struggles against the swinging, or seaming, red ball has been well documented. In fact, at one point, India’s former batting coach had directly stated that Rahul was finding different ways of getting himself dismissed.

He is, of course, a changed batsman today and confident courtesy of success in limited overs cricket. He is the only one on this list who has an international Test century in England, which he scored at The Oval during India’s last tour. His 149, although eventually in vain, was breathtaking and momentarily ignited the unlikely hope of victory in a mammoth fourth innings chase. Rishabh Pant also scored a dazzling century in partnership with the opener in that innings.

The problem, though, lies in the fact that this innings of Rahul accounts for half of all his runs scored in England, while representing only one-tenth of the total number of innings played.

The Bengal skipper in Ranji Trophy cricket has been scoring plenty of runs in the domestic circuit and has been rewarded with a seat in the flight to England. Like Mayank Agarwal, he has not played international cricket in England previously and consequently carries no baggage of previous failure, unlike Rahul.

Ideally, the Indian team management would want to replace Gill with either of the previous two men on this list, but recent past has shown that lack of international experience has hardly been a barrier for the Indians to excel. One only has to recount any of the Test matches played by the Indians this calendar year. Right from Shardul Thakur, Mohammed Siraj, Washington Sundar to Axar Patel – everyone has impressed when afforded the opportunity.

Even the man he could replace, Shubman Gill, was unknown entity when he debuted so excellently in Australia. Hence, the Indian think tank led by skipper Virat Kohli may just be tempted to throw Easwaran in at the deep end.

The closest batsman to staking a claim to the playing 11 is Hanuma Vihari. The Test match specialist is the only man on this list to have been named in the trimmed squad of 15 men for the WTC final. He is, by trade, a middle order batsman. However, he has previously opened for India in a crisis situation and knows how to bat time.

His marathon rear guard action on one leg at Sydney will always be remembered as one of the most defiant acts in cricket this century. And since then, he has been missing through the very injury that elevated his previous Test innings.

Among everyone else, Vihari is perhaps most deserving to start for India and he would ideally like to bat in his favoured middle order position. However, if India stick with their five bowlers approach, the Gill injury replacement might just be Vihari at the top.

Also read: 5 lessons from WTC final for India to succeed in England