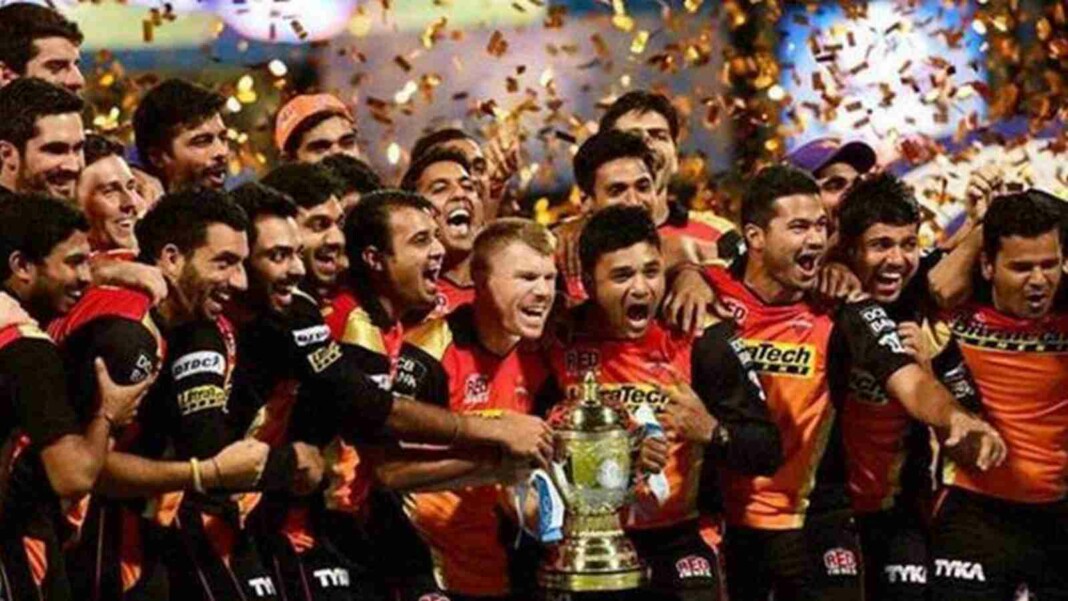 Two names. One city. Two trophies. One team. Deccan Chargers. SunRisers Hyderabad. If there is one word that can encapsulate the journey of this city – DC and SRH – in the IPL, it would be the word understated. The same can be said about the city of Hyderabad – calm, unassuming and understated. Yet, their team – as the city – is utterly effective in its manifestation.

Deccan Chargers, in the IPL’s infancy, and now SRH have quietly made a massive impact in the legacy of the IPL. They are among the most successful teams in the IPL, having won two trophies. It might as well have been three had it not been for Shane Watson in the final of IPL 2018.

In IPL 2018, as has been throughout the years, SRH has been a hub of fine bowlers and Indian bowlers have particularly flourished in this franchise. Bhuvneshwar Kumar has won the Purple Cap twice while playing for SRH and back in the days of Deccan Chargers, RP Singh and Pragyan Ojha won the award for taking the most wickets – in 2009 and 2010, respectively. This franchise has also had three Orange Cap winners – David Warner twice, in 2015 and 2017, and Kane Williamson in 2018.

Thus, it makes for a difficult yet intriguing exercise to pick the best XI of SRH. For the purpose of full disclosure, in selecting the XI players for our side, we have kept certain soft guidelines. Firstly, importance has been given to SRH’s most successful period, particularly, the 2009, 2016 and 2018 seasons. Secondly, a strong consideration has been made on the home conditions of the team. In SRH’s case, the Rajiv Gandhi International Stadium is a true wicket that puts emphasis on execution of skills. Thirdly, the captain’s style of leadership has been taken into account. Finally, the team will comprise no more than four overseas players.

Two-time Orange Cap winner David Warner will open the batting for SRH and will also lead the side. The Aussie opener has endeared himself to the Hyderabad public like no other and he belongs as much to Paddington as SRH. Warner has scored 4012 runs for SRH in 93 games at a strike rate of 139.9. Apart from his two Orange Cap seasons, his 848 runs in 2016 is the most runs scored without winning the Orange Cap in a particular season.

Joining him at the top is wicket-keeper batsman Wriddhiman Saha. He is a truly underrated player in the IPL and has the highest strike rate for any batsman who has played at least 30 deliveries in the Power Play. Saha also is one of the best glove men in the country and given the spinners picked later, he is the perfect man to have behind the stumps.

Sadly, Adam Gilchrist misses out despite winning Man of the Tournament in DC’s 2009 winning campaign. That is because Kane Williamson has been equally impactful for SRH while scoring more runs in lesser games. In 2018, his leadership would have taken SRH to the summit had it not been one freak innings. The Kiwi has 1302 runs at a strike rate of over 134 for SRH.

At number 4 is Rohit Sharma. It might seem like a distant memory now, but a young Rohit Sharma playing for Deccan Chargers was a sight to behold. In 2009, he famously chased down 21 runs in the final over against KKR. He also has an IPL hat-trick, which he took against Mumbai Indians and till the conclusion of IPL 2020, was the best bowling effort against the team he now captains.

Following him is the mercurial Yuvraj Singh at number 5. He may have arrived a little past his prime but his leadership and ageless big-hitting ability earns him a place in the team.

At number 6 is the hard-hitting Deepak Hooda. The Baroda player is adept at finishing games and striking the ball a fair distance. He is also a decent off-spinner who can chip in with an over or two when required.

At number 7 is SRH’s man for the final – Ben Cutting. The Australian all-rounder changed the 2016 final single-handedly when he mounted a last over assault that made sure SRH scored too much for RCB to hare down. He even contributed with his medium pace in the game when he picked up three wickets including that of Chris Gayle.

Completing the pack for all-rounders for SRH is the Afghan sensation Rashid Khan. He started being dubbed a mystery spinner but today, he is simply the best spinner in the format – mystery or not. He is also a very good fielder and has often contributed with the bat lower down the order. Rashid Khan is simply an elite IPL cricket player.

Perhaps the best bowling line-up of any team in this series, the player at number 9 for SRH is two-time purple cap winner Bhuvneshwar Kumar. The pacer is equally adept at bowling upfront, swinging the new ball, as he is executing Yorkers at the death.

At number 10, is RP Singh. Once India’s premier swing bowler, RP represented Deccan Chargers with distinction. The left-arm pacer scalped 23 victims in the team’s victorious campaign of 2009 to claim the Purple Cap. He is an easy choice for the SRH best IPL team.

Completing the SRH best IPL team at number 11 is left-arm spinner Pragyan Ojha. He took 21 wickets in 2010 and has overall picked up 62 wickets in 56 games at an economy rate only a shade above 7 runs per over. He edges out the evergreen Amit Mishra who took the same number of wickets having played five games more at a slightly higher economy rate.