Former India opener Gautam Gambhir feels that the time has come when fans need to get rid of their obsession with the 2007 T20 World Cup win and the 2011 World Cup victory.

Gambhir was a crucial member of the national side in both the mega ICC events as he was India’s top-scorer at the final match in 2007 as well as 2011. After playing an amazing knock of 75 runs in the 20-over format game, Gambhir played a match-winning inning of 97 at the 2011 WC final.

However, India have lost six ICC trophies since lifting the 2013 Champions Trophy title. This also includes the recent defeat at the World Championship Final (WTC) against New Zealand.

Speaking to Star Sports after the International Cricket Council (ICC) announced the two pools for the upcoming edition of T20 WC, the cricketer-turned-commentator opined:

Arch-rivals India and Pakistan are placed in the same group alongside New Zealand and Afghanistan plus two more teams from the qualifiers.

The 39-year-old highlighted that senior players like Virat Kohli and Rohit Sharma will have to shoulder the responsibility in the high-pressure game against Pakistan.

“When I played my first international game against Pakistan, I was probably much more excited and nervous as compared to some of the guys who have played a lot of cricket against Pakistan. So, it is the responsibility of the senior guys to probably keep the younger guys calm.

Also Read | IND vs SL: “Would like to play in all three formats if I get the chance” – Bhuvneshwar Kumar 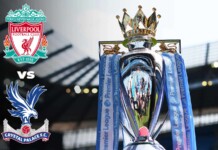