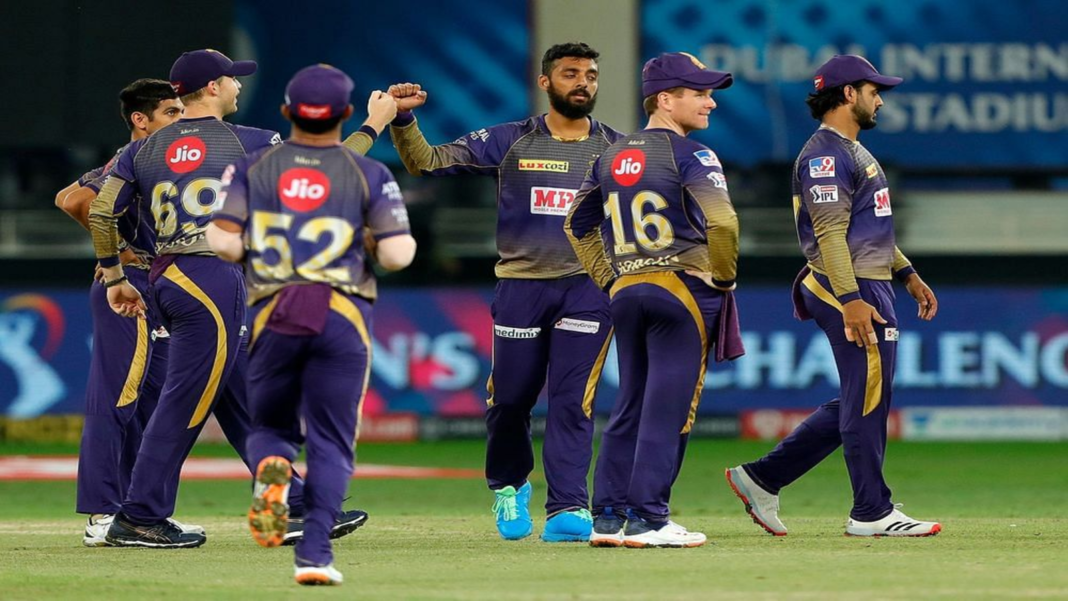 It was the night of the second qualifier of IPL 2021 and Rishabh Pant’s Delhi Capitals was up against Eoin Morgan’s Kolkata Knight Riders. Interestingly, in a really intense clash, it was the latter that held their nerves calm and defeated the former by three wickets.

Batting first, DC failed to enough runs on the board and thus, got restricted to merely 135 runs for the loss of five wickets. Lockie Ferguson, Sunil Narine, and Varun Chakrobarty, all bowled extremely well for KKR but DC somehow managed to score 45 runs on the last five overs because of some brilliant hitting by Shimron Hetmyer and Shreyas Iyer.

Even though Venkatesh Iyer and Shubman Gill gave a perfect start to KKR, their middle order crumbled and thus, they needed seven off the last six deliveries. Rahul Tripathi made sure that his team ended on the winning side after hitting a beautiful sixer to seal the match.

With this, victory Kolkata Knight Riders have entered the finale of IPL 2021. They will meet Chennai Super Kings there.

Delhi Capitals have once again failed to win the IPL trophy this year. As a result, fans are mocking them on Twitter for their poor form in the qualifiers despite playing some fantastic cricket in the group stage.

The Twitteratis are hailing Kolkata Knight Riders for their phenomenal comeback at IPL 2021. They were once at the seventh spot when the second leg of IPL 2021 began. Intriguingly, they not only managed to finish inside the top 4, but they are now in the finals of the tournament.

It is Rahul Tripathy who turned out to be the match winner for KKR today. Thus, fans also took a moment and appreciated their hero for hitting the match-winning maximum.

Kolkata Knight Riders will now play against Chennai Super Kings in the finals of IPL 2021 in Dubai on Friday. Who will emerge as the winner of the tournament this year?