With just a few months left for the Indian Premier League (IPL) 2022, all teams have revealed their official list of player retentions. Most of the retained players have secured handsome paychecks while some have left their previous franchises to garner better opportunities at the auction table.

Former Punjab Kings (PBKS) skipper KL Rahul will be one of the hottest properties at the IPL 2022 auction. The right-handed batter is one of the most consistent cricketers in white-ball formats across the globe. However, it won’t be surprising if any of the two new franchises grab him ahead of the auction.

Stylish fast-bowling all-rounder Hardik Pandya is also set to grab the attention of a lot of franchise owners at the auction table ahead of IPL 2022. The 28-year-old has served for Mumbai Indians (MI) for more than half a decade and it would be great to see how he performs in a new team.

One of the leading run-scorers in IPL history, David Warner, will be a great captaincy prospect in whichever team he goes to in IPL 2022. The southpaw has done extremely well for Sunrisers Hyderabad (SRH) in the last few years and he is expected to secure a massive deal in the forthcoming edition.

The Hyderabad-based franchise releasing Rashid Khan was an absolute shocker as he’s the current number one T20 bowler. The Afghan leg-spinner has impressed everyone in all major franchise tournaments in various parts of the world. Khan will surely enter IPL 2022 with big bucks from his future team.

Ace speedster Jofra Archer, who has been missing out on the action for the last few months, might emerge as a dark horse at the mega auction. The Englishman has troubled some of the top batters with his raw pace and awkward bowling action. Also, the overseas pacers come in with a huge demand from almost every franchise ahead of all editions of the Indian cash-rich league. 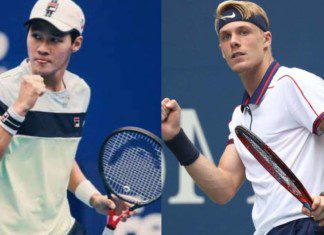