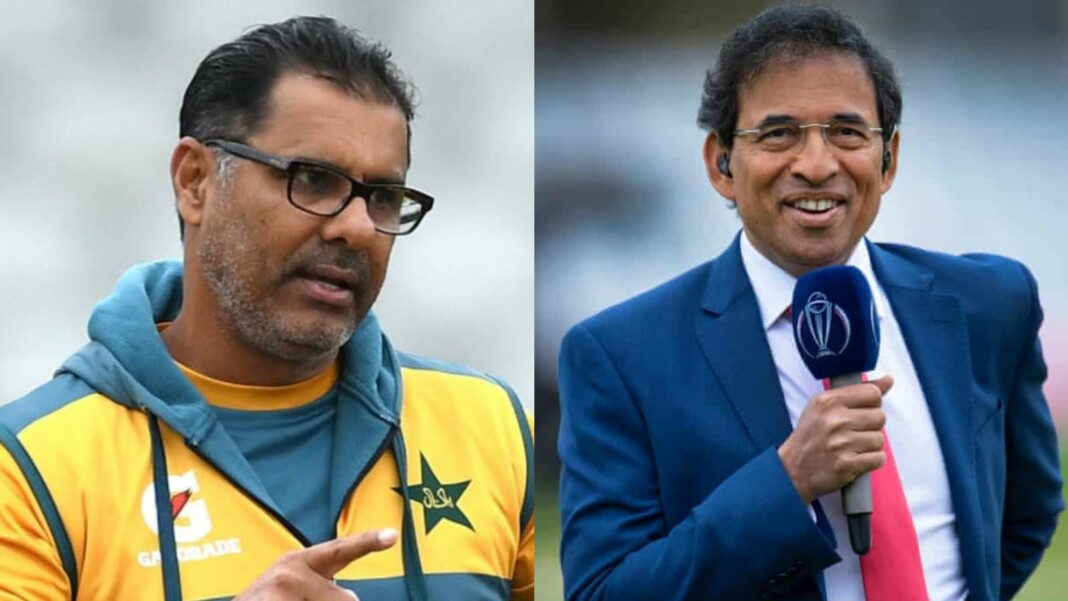 Pakistan legend Waqar Younis stirred a massive controversy on Twitter by reacting to the incident of Mohammad Rizwan offering Namaz. Pakistan’s opening batter Mohammad Rizwan made headlines during India vs Pakistan clash as during the drink break he offered Namaz in the middle of the ground.

The gesture by Rizwan warmed many hearts on the internet. However, Younis stirred a big controversy by bringing religion to the whole equation. During a chat show, Waqar Younis said that watching Rizwan perform Namaz in front of Hindus was more satisfying than the wicketkeeper-batter batting.

The statement by the former Pakistan cricketer was condemned by many. The renowned commentator Harsha Bhogle also reacted to the same as he posted a series of tweets on his official Twitter handle. Bhogle said that it was disappointing to hear such statements by a person of the Waqar Younis’ stature.

I am sure there will be an apology on the way from Waqar Younis: Harsha Bhogle

The notable personality further added that there should be no intervention of religion in cricket as the people need to be united by the sport. “For a person of Waqar Younis’ stature to say that watching Rizwan offering namaz in front of Hindus was very special to him, is one of the most disappointing things I have heard. A lot of us try hard to play such things down and talk up sport and to hear this is terrible,” Bhogle tweeted.

“I really hope that a lot of genuine sports lovers in Pakistan are able to see the dangerous side to this statement and join in my disappointment. It makes it very difficult for sports lovers like us to try and tell people it is just sport, just a cricket match.

“You would think that cricketers, as ambassadors of our game, would be a little more responsible. I am sure there will be an apology on the way from Waqar. We need to unite the cricket world, not divide it by religion,” the further tweets by Bhogle read.