The young wicketkeeper and left-handed batsman hailing from Jharkhand, Ishan Kishan has shown signs of brilliance early in his cricket career. The youngster has shown sensational form with the willow and is touted as the next big thing in the Indian cricket team.

Kishan possesses the ability to bat anywhere in the order as he can anchor the innings along with hitting some mind-boggling shots to essay the role of a finisher. As the youngster hails from the same state as MS Dhoni, he often draws comparisons with the former Indian skipper.

Ishan Kishan first rose to fame during the 2016 Under-19 World Cup as under his leadership, India finished as the runner-up. Though Ishan didn’t enjoy much success with the willow, he earned a name for himself with his leadership skills. His attacking approach and hard-hitting ability helped him in fetching his first IPL contract at the age of 17.

The 23-year-old was picked by Gujarat Lions in the 2016 IPL auction for INR 35 lakh. However, it was Mumbai Indians who gave the much-needed push to the young rookie’s career. Joining Mumbai Indians in 2018, Ishan played some sensational knocks with the willow to capture the attention of the cricket fraternity.

The Jharkhand-born ended up as the highest run-getter for MI in IPL 2020 and his phenomenal performance resulted in him getting his maiden Indian call-up. The youngster now forms a part of the 15-member Indian squad for the upcoming ICC T20 World Cup 2021.

Apart from his professional life, Ishan Kishan has also fetched a lot of limelight for his personal affairs. It is learned that the swashbuckling batter is dating actor and model Aditi Hunda. Though Ishan and Aditi haven’t made any official confirmation regarding their relationship, their Instagram stories and comments for each other speak a thousand words.

Aditi gained the limelight for the first time during the IPL 2019 final as he was spotted in the stands cheering for her rumored boyfriend and his team Mumbai Indians. Following that, Hunda has made a lot of appearances in the stands to cheer for Ishan Kishan.

Also Read: Who is Suryakumar Yadav’s wife? Know all about Devisha Shetty 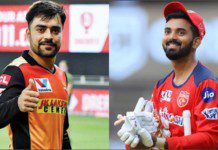 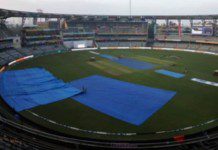