Glenn Maxwell captioned the post: “Like my new profile pic? Not long now until we get to #livethegame together, stay close to the @t20worldcup channels this week!” Replying to this, ABD wrote: “Who is this guy?” with a surprise emoji. However, Maxwell saw this as an opportunity to pull the former Proteas player’s leg.

To this, the right-hander replied: “He looks ready to take you down old fella!!” with a laughing emoticon. AB de Villiers, 37, has indicated that the ongoing edition of the Indian Premier League (IPL) might be his last assignment in professional cricket.

Apart from ABD, Kiwi all-rounder James Neesham also commented on Glenn Maxwell’s Insta post. He wrote: “This is a pisstake surely” while the Aussie types back: “Live the game Jimmy, live the game”.

As we are inching towards the 2021 ICC T20 World Cup in the United Arab Emirates (UAE), the excitement keeps increasing with each passing day. Meanwhile, the International Cricket Council has released the official anthem for the much-awaited tournament on Thursday.

The apex body shared an animated video featuring some of the ace players in this format of the game. The likes of India skipper Virat Kohli, West Indies captain Kieron Pollard, Australia all-rounder Glenn Maxwell, and Afghanistan leg-spinner Rashid Khan marked the launch of the multi-nation event.

In an official media release, ICC stated that popular Bollywood music director and singer Amit Trivedi has composed the anthem.

“Composed by renowned Bollywood music director Amit Trivedi, the animated film features young fans from all over the world immersed and engaged in explosive T20I cricket and features some of the sport’s biggest superstars,” the release quoted. 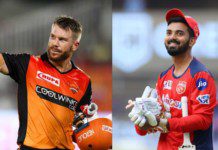 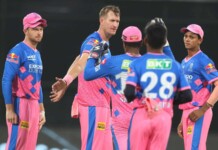 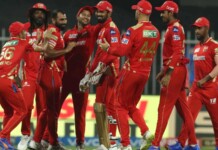