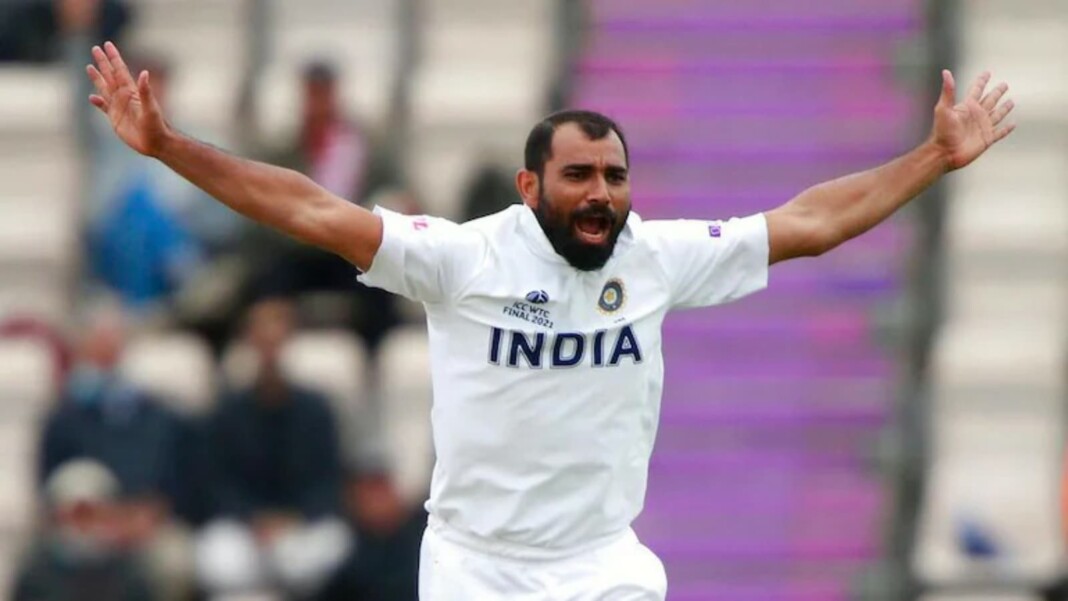 Mohammed Shami, the Indian speedster, has revealed his team’s plan for the Reserve Day in the World Test Championship final against New Zealand at the Rose Bowl in Southampton. After the first five days, Virat Kohli and Co are leading by 32 runs with eight wickets left in their second innings.

Rain played cat and mouse in the first five days, taking the match into the Reserve Day where a result still looks unlikely, to some extent. Shami reckoned that India need time to bowl the Black Caps out in the second innings, but also talked about the importance of having enough runs on the board.

“We have to score as many as possible and then see how much time is left to put them in and decide accordingly. In conditions like England, anything can happen but we simply can’t have a pre-plan in mind that we can get them out in this many overs. You need time to get 10 wickets and some solid plans in place. But first, we need to score enough back-up runs,” Shami told in a virtual press conference.

Shami was one of the key architects behind India’s comeback in the first innings. He picked up the four crucial wickets of Ross Taylor, BJ Watling, Colin de Grandhomme, and Kyle Jamieson. Hitting the right channels while bowling was another aspect Mohammad Shami put emphasis on in WTC Final 2021.

Mohammad Shami: You can’t stick to one plan for five days of such a big event like WTC Final

“Obviously as you play the Test match, you can’t stick to one plan for five days. You need to be flexible and set up lines as per the track. We needed to bowl those tight lines which benefit the team in order to restrict New Zealand to as little as possible. So the pressure created momentum and we got wickets in clutches,” Shami added.

At the close of play on Tuesday, Cheteshwar Pujara and skipper Kohli were in the middle. Tim Southee had managed to pick up both the openers- Rohit Sharma and Shubman Gill. Jamieson, who got a five-wicket haul in the first innings, remained wicketless in the 10 overs he bowled in the second. Trent Boult and Neil Wagner couldn’t make a breakthrough either.